Ray-Ban Stories: Smart glasses from Facebook and Ray-Ban are official

Jan. 6 rioter who admitted to spraying Officer Brian Sicknick sentenced to more than 6 years in prison

Ford uses one of Apple's tricks for its electric vehicles

At the end of July, Facebook boss Mark Zuckerberg had once again confirmed that his The group is continuing to work with Ray-Ban on intelligent glasses that will also be presented soon. In the run-up to the planned presentation, pictures of the smart glasses had been leaked, which had already revealed that the Ray-Ban Stories were not AR glasses. Now the first generation of smart (sun) glasses has been officially presented.

On the pictures, the leaker Evan Blass alias @Evleaks via Twitter had shared, there were various models in Ray-Ban design that looked quite chic. But it was also clear that the functions of the Smart Glasses should not be able to do much more than the Spectacles by Snap, which were published five years ago. The data that are now fully available confirm the impression. There are two cameras with five megapixels each. This allows high-resolution images (2,529 x 1,944 pixels) and videos (1,184 x 1,184 pixels) to be recorded with 30 frames per second. According to Ray-Ban, the camera should adjust itself to the ambient light. 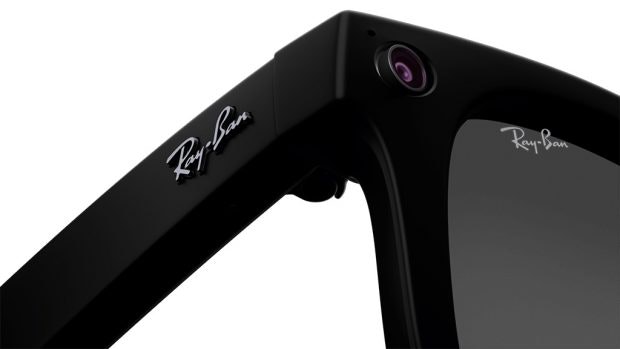 In addition, there is a control button with touchpad on the right bracket, via which the recording of photos or videos can be started, songs can be played and the volume can be adjusted. The built-in loudspeakers at the rear end of the bracket can be used to listen to music or take calls. Using the interaction of three built-in microphones and the Facebook Assistant, which is currently only available in English, the recording of videos or photos can also be started by voice command.

Sharing in social networks is handled via the Facebook View app. It can be downloaded for free from Apple’s Appstore (iOS) or Google’s Play Store (Android). The smart glasses can be charged in a charging case – included in the scope of delivery – using a USB-C cable. Ray-Ban and Facebook have not commented on the exact battery life. When fully charged, users should be able to record up to 50 videos or up to 200 photos inside and synchronize them with the app. 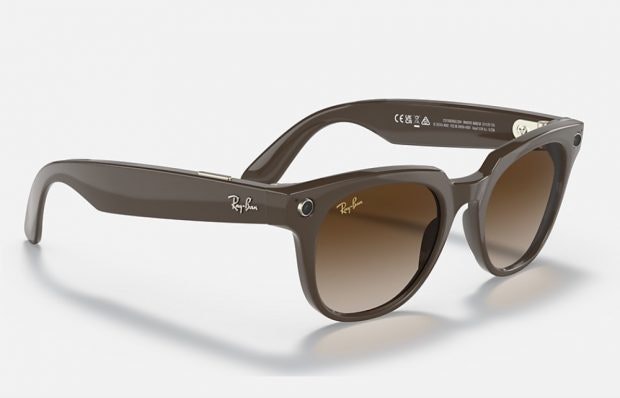 The Ray-Ban Stories are available in different versions with different colors to choose from, including the Wayfarer Classic variant in black and the Meteor Gradient model in Brown or Classic and Olive. The glasses can be equipped with optical glasses. The smart glasses will be available in the USA in the next few days and cost between 299 and 379 US dollars, depending on the version.

Zuckerberg had stated in advance that the upcoming Smart Glasses should do some “pretty great things”. The Facebook boss left open what exactly is meant by this. Real AR glasses (augmented reality) will only be available in the future. For Zuckerberg, the Ray-Ban Stories are more likely to be part of a larger whole. Zuckerberg’s vision of a so-called metaverse contains a kind of three-dimensional Internet in which users can interact. However, for reasons of data protection alone, such a 3D Internet is difficult to implement.

Interest in the intelligent glasses from Facebook and Ray-Ban should be limited if you look at the – mostly critical – reactions to the leaked images. Among other things, it is about the fact that Facebook could try with the networked glasses to find out more about the behavior of the users in order to be able to tailor advertising to them even more precisely.

Tyler Hromadka
Tyler is working as the Author at World Weekly News. He has a love for writing and have been writing for a few years now as a free-lancer.
Previous articleDisplay | Selling domains: how much can you earn with it?
Next articleCrypto deal: Mastercard buys blockchain startup Ciphertrace

Ford uses one of Apple's tricks for its electric vehicles