Citroën would give our time back with self-guided electric stalls

Biden calls for vaccination to confront Omicron .. and “no additional measures”

Probably no one needs to explain how much time we waste in traffic jams each year. Citroën , which has worked with two other French giants to develop a plan to put transport in the cities of the future on a new footing, offers a groundbreaking solution to this problem, according to EuroNews

Citroën has launched the Urban Collëctif project in collaboration with the Accor hotel chain and JC Decaux, which specializes in outdoor advertising. it allows for transport and the optimal use of our time. This is much needed, as the World Bank predicts that two-thirds of the world’s population will live in cities by 2050, so French companies envisage more pleasant, interoperable and humane spaces in the big cities of the future. 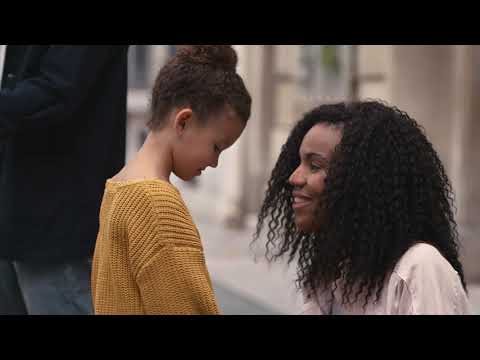 The backbone of the project is It is based on the concept of Citroën Autonomous Mobility Vision , which sees the future of urban transport in self-driving electric platforms. These specially designed vehicles are called Citroën Skate , which can receive modules with different functions, pessimistic stalls on their backs and transport them from one place to another

Citroën Skate takes you to the gym (Photo: Citroën)

The stall of course it doesn’t give back the essence of these cool-designed boxes, called pods by project participants. Several options have been outlined during the development of the concept: the Citroën Skate, for example, can carry a one-person gym on its back to learn about daily cardio on the way to and from work. You can travel on the “lounge” with luxury furniture at the top of the platform, where you can even hold a business meeting, or a semi-open sightseeing module made more homely with plants, in which tourists can explore the city.

A business meeting or a coffee shop with friends can be held on the fly (Photo: Citroën)

Citroën Skates roll on special spherical wheels, so they can move in any direction. The system would work similar to taxi apps, i.e., with the help of a smartphone app, we can assign a pod of the function of our choice to our location, which will pick up passengers, take them to their destination and then move on. If necessary, the Citroën Skate slips out from under the pod, picks up another one, and rolls for the next passenger. Incidentally, the French carmaker would completely rethink urban transport along the lines: pods would travel in separate lanes at speeds of up to 25 km / h.

said Vincent Cobée, Citroën’s managing director for the project. “Dividable, electric and self-driving vehicles are a solution that puts mobility on a new footing for everyone.”

We still have something to tell you, you can find all the interesting things here

Sandra Loyd
Sandra is the Reporter working for World Weekly News. She loves to learn about the latest news from all around the world and share it with our readers.
Previous articleIoT smart city developments in 2022
Next articleFor the fourth time this season, Krollis has been named the best new player in the Optibet Premier League

This new salt-sized camera can change the imaging