Harmony OS 2.0: Huawei's Android alternative wants to better network all devices with one another

With the new operating system Harmony OS 2.0, Huawei has the next big step to cut the cord from Google announced. This is offered by the OS version, which comes without Google services and is intended to strengthen Huawei’s ecosystem.

Two years after Huawei was placed on the US entity list under the Trump administration Harmony OS 2.0 is official. Huawei announced the new operating system in summer 2020 and stated that the first smartphones should be equipped with the OS in 2021.

According to Huawei, Harmony OS 2.0 is not based on Android

Harmony OS 2.0 is intended to work on various device categories from MP3 players and smart speakers to smartphones and tablets Cars and the Internet of Things run. First, the manufacturer unveiled its first Harmony OS-based smartwatches and tablets for the German market. The new operating system is to land on smartphones such as the P40 Pro (test) and other devices via update. 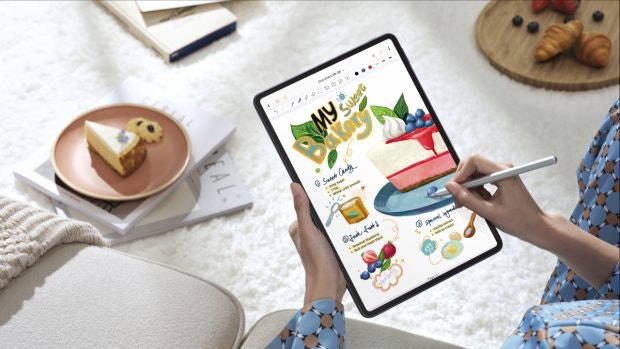 The Huawei Matepad Pro 12.6 is one of the first products with Harmony OS 2.0. (Image: Huawei)

In the course of the product announcements of the Huawei Watch 3 (Pro) and new Matepad models, Huawei has revealed the first details about Harmony OS 2.0. In addition, the company makes it clear in a statement available to t3n that Harmony OS will not be developed on the basis of the Android open source project. Instead, it is based on the Open Harmony project. Open Harmony is an open source project operated by the Open Atom Foundation.

Huawei cannot do without Android (AOSP): “To ensure that our existing users can continue to enjoy the experience familiar with our phones and tablets, Huawei uses the AOSP open source code in Harmony OS on condition that the open source licensing rules and associated responsibilities and obligations are met. “

Last indicated that the new OS should remain with the Android platform for the time being. The main difference is the expansion of cross-device communication. This is officially known about Harmony OS 2.0.

Harmony OS 2.0 is supposed to combine several devices into one “super device”

With Harmony OS 2.0, Huawei is continuing its 1 + 8 + N strategy in order to achieve many devices – both own and third-party – to be seamlessly linked with each other.

The 1 in the Huawei logic represents the smartphone, which acts as the central point of contact. The 8 serves as a placeholder for product categories from the areas of tablets, PCs, televisions, smartwatches, loudspeakers, audio products, AR / VR and solutions for the car. The N is a placeholder for Internet services. The two plus symbols also have a meaning: on the one hand they represent the Huawei Share function for exchanging between devices, on the other hand the plus stands for mobile data connections via LTE or 5G.

According to Huawei, an elementary component of the new OS is a cross-device exchange in order to create “a comfortable, smooth and, above all, safe experience – from smartphones to smartwatches to smart home and IOT devices”. With the help of Harmony OS, Huawei wants to merge previously independent devices into a coherent and powerful “super device” that combines the hardware and resources of all compatible or suitable products, explains the manufacturer.

Huawei also promises developers with the “open source suitability” of Harmony OS to make the cross-platform development of apps across different devices easier than ever before.

For users, the interaction and control of multiple devices using Harmony OS should be simple and intuitive. A new control center supports simple and intuitive connections, which should enable the desired devices to be connected seamlessly and easily based on certain scenarios, the manufacturer promises. For example, it should be possible to project films from the smartphone onto the television with a single swipe via the smart screen symbol. When selecting the audio output, in future it will be sufficient to move the headphone symbol to transfer the sound from the loudspeaker to compatible devices such as the newly announced Freebuds 4.

In Harmony OS 2.0, devices should be connected to each other quickly with one swipe. (Screenshot: t3n: Huawei)

Harmony OS should also offer new possibilities in terms of app use: According to Huawei, applications can be moved back and forth between different devices without having to install them on the respective devices . In this way, functions and services are “always and everywhere available synchronously on every connected device”. As an example, Huawei cites running games that can be moved to the Matepad Pro 12.6 or the TV without interruption with a swipe. The connection between the devices is established directly via WLAN or Bluetooth. 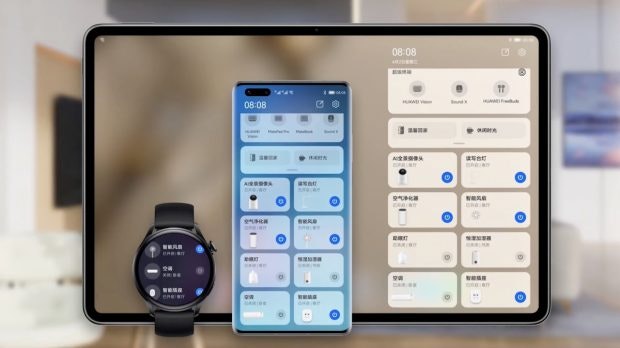 In addition, Huawei’s Hilink, with which smart devices can be integrated into the Huawei cosmos (the N), becomes Harmony OS Connect. With the help of this function, you can connect refrigerators, ovens or coffee machines via NFC with a single tap on your smartphone and transform the kitchen into a personal health coach who can suggest recipes or inform you about the shelf life of the food.

Not only the substructure of Harmony OS is new, but also the user interface: According to Huawei, the start screen is slim and organized. Service widgets are “child’s play” to create, with which current news or the weather can be displayed in real time. Each connected device has its own widget, so Huawei. 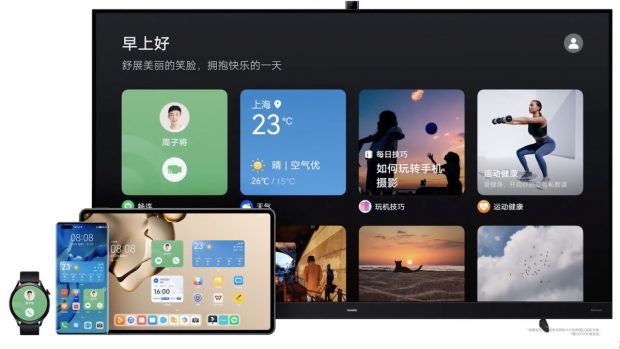 For the OS, Huawei has specially developed the new Harmony OS Sans font and matching “gravity animations”, which are intended to provide a “uniform and familiar feeling across all Harmony OS devices” .

Harmony OS is said to have been developed with a focus on longevity, so that a device should still run smoothly after 36 months of use. In addition, the basic framework and an intelligent app management developed for specific devices are designed for a longer battery life.

Security and privacy should also play a role in Huawei’s Harmony OS. The central principle is to ensure that only the right person can access the respective devices. Harmony OS also manages user data according to categories d protect devices according to levels by setting specific security thresholds for “super devices”, explains Huawei. According to the manufacturer, only devices that meet the relevant security requirements are given access to the data that corresponds to their security level. In this way, multi-device collaboration is safely possible.

With the new matepads and the watch, Huawei has announced its first products based on Harmony OS 2.0 for the German market. Only a test will show how well the new user interface and the entire underlying ecosystem work. However, it sounds like Huawei has taken the degree of collaboration between different devices to a new level. It remains to be seen whether Huawei will be successful with this in Europe without access to Google services such as Mail, Maps or Youtube. Huawei is busy expanding its app ecosystem and already has an alternative to Google Pay with Stocard.

Tyler Hromadka
Tyler is working as the Author at World Weekly News. He has a love for writing and have been writing for a few years now as a free-lancer.
Previous articlePDF vulnerability allows manipulation of contracts that have already been signed
Next articleBefore Russell Crowe, Christian Bale, Ben Affleck and others have featured in both Marvel and DC movies