As expected, Apple has introduced a new generation of its iPad Pro. A mini-LED-based XDR display is built into the large 12.9-inch model. There are also Thunderbolt and 5G.

Most recently Apple had the iPad Pro missed a refresher in March 2020. As part of its Spring Loaded event on Tuesday evening, the Cupertino group presented the 2021 models. As expected, the larger 12.9-inch iPad Pro offers a better display with 10,000 built-in mini LEDs. Apple calls this the Liquid Retina XDR display. It has a resolution of 2,732 by 2,048 pixels at 264 ppi. 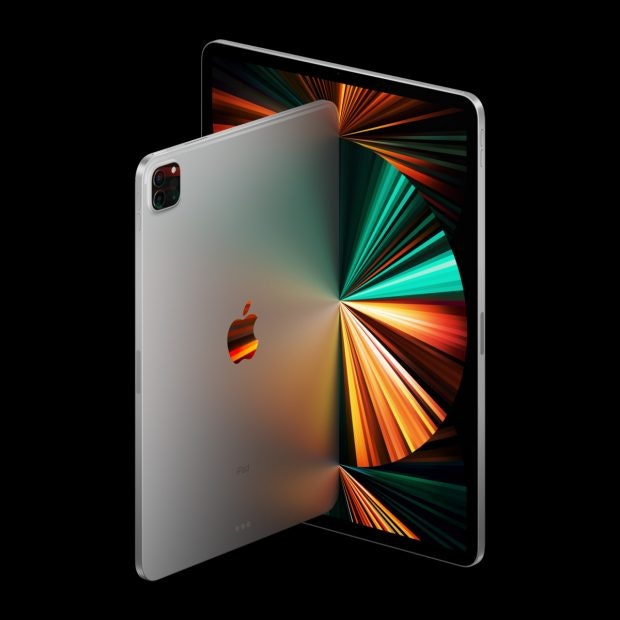 Contrary to expectations, both iPad Pro models come with the new M1 chip. The eight-core CPU and GPU ensure a performance increase of 50 percent (CPU) and 40 percent (GPU) compared to the previous chips. There is a choice of eight or 16 gigabytes of RAM. The integrated storage space is 128, 256 or 512 gigabytes or one or two terabytes, depending on the model.

The battery has a capacity of 28.65 (11-inch iPad Pro) or 40.88 watt hours and should last up to ten hours. IPadOS 14 is used as the operating system. What is new is that the iPad Pro supports 5G in addition to WLAN 6 and Bluetooth 5.0. Apple has now also installed Thunderbolt on the connections. That should allow a bandwidth of 40 gigabits per second for the connection with displays or hard drives. The devices also offer support for Apple Pencil, Magic Keyboard and Smart Keyboard Folio.

Has also lent a hand Apple to the camera of the new iPad Pro generation. A wide-angle and an ultra-wide-angle camera with twelve or ten megapixels and a lidar sensor are available at the rear. There is an ultra-wide-angle camera with a twelve-megapixel sensor in the front. The selfie camera supports unlocking the iPad via Face ID. The new follow-up mode for Facetime and other video conference apps ensures that the user always remains in the center of the picture. 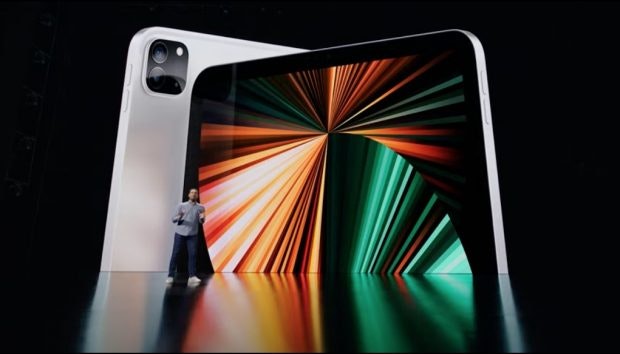 New tablet generation available from May

The iPad Pro can be pre-ordered on the Apple website from April 30, 2021. According to Apple, they will be available from the second half of May. The 11-inch version of the new iPad Pro costs between 879 and 2,259 euros. The 12.9-inch iPad Pro is available for 1,199 to 2,579 euros, depending on the desired specifications.

Adrian Ovalle
Adrian is working as the Editor at World Weekly News. He tries to provide our readers with the fastest news from all around the world before anywhere else.
Previous articleIt's getting colorful: iMac with a 24-inch display with a completely new design and an M1 chip is presented
Next articleTejasswi Prakash proves she is a boss babe with THESE sizzling-hot pics