Xiaomi has announced the new Redmi Note 10. Some of the new models bring Amoled displays with 120 Hertz and high-resolution cameras to the lower middle class.

The Redmi Note from Xiaomi is especially affordable smartphones that are still state-of-the-art. You want to offer a compromise between price and performance that focuses on the features that are important for the average customer.

The Redmi Note 10 define this focus in such a way that they are not equipped with flagship processors, but with high-quality displays and high frame rates as well as high-resolution cameras.

As always, there are performance differences within the range, which we will discuss in more detail below become. Xiaomi does not want to name prices until March 25, 2021, when the market launch for Germany is to be announced. We assume that the Redmi Note 10 Pro will be around 280 euros. This is of course without guarantee.

The Redmi Note 10 Pro is the best equipped smartphone in the range. Xiaomi installed an Amoled dot panel with a screen diagonal of 6.67 inches with an aspect ratio of 20: 9 and a resolution of 2,400 by 1,080 pixels. The screen has a refresh rate of 120 Hertz and a maximum brightness of 1,200 nits. In addition, the display should cover 100 percent of the DCI-P3 color space.

Gorilla Glass 5 protects on the front. The back is made of matted Glass of unknown protection class. A fingerprint scanner is housed on the side of the frame. Alternatively, the device can be unlocked using AI-supported face recognition.

The Note 10 Pro is comparatively filigree with a depth of 8.1 millimeters and relatively light for its size at 193 grams. At 16.4 centimeters high and 7.65 centimeters wide, the device is higher, but slightly less wide than an iPhone 12 Pro Max, which is also 8.1 millimeters deep.

Xiaomi specifies IP53 as the protection class. This means that the housing offers protection against dust and spray water, but should not be submerged.

Inside the Note 10 Pro is a Snapdragon 732G from Qualcomm. This is a slightly higher clocked update of the Snapdragon 730G, which is built into the Google Pixel 4a, for example. Qualcomm introduced the 732G in August 2020. 5G is not available in the Note 10 Pro.

Xiaomi provides the SoC (System-on-a-Chip) six or eight gigabytes of LPDDR4 memory and 64 or 128 gigabytes of UFS 2.2 storage to the side. There will be three variants, namely the combinations 6/64, 6/128 and 8/128, as we already know from other Xiaomi series. The memory can be expanded using a micro SD card.

A battery with an energy content of 5020 milliampere hours should provide the necessary endurance. The can be charged quickly with the included 33-watt power adapter. For audiophiles, the Redmi Note 10 Pro offers a headphone jack and two stereo speakers.

Users of two SIM cards will appreciate the built-in dual slot, each of which supports LTE. The use of Google Pay, for example, is possible thanks to the integrated NFC chip. Xiaomi does not reveal any more details. So it remains unclear whether GPS is on board (probably), which Wi-Fi standard is used and which sensors are built into the device.

After the display, Xiaomi puts the second major focus on the Redmi Note 10 Pro on the quadruple camera setup. The main camera is – as always with cheaper smartphones – the interesting element.

Also interesting: Xiaomi is planning European headquarters with hundreds of employees in Germany

Here Xiaomi has installed a Samsung module with a resolution of 108 megapixels and 9-in-1 pixel binning, resulting in twelve megapixel images in the default setting. The module is relatively large at 1 / 1.52 inches and moderately sensitive to light with its aperture of 1.9. An improved night mode should ensure good pictures in poor lighting.

With the other cameras, the Redmi Note 10 Pro drops. There is an ultra-wide-angle module with eight megapixels, a macro camera with five megapixels and a depth sensor with two megapixels. The latter two should primarily be suitable for certifying the device has a quad camera setup. Based on all previous experience, usable performance is not to be expected from it. On the front there is a 16-megapixel selfie camera in a centrally placed punch hole.

The device should be available in three modern-looking colors. You can choose from dark gray (Onyx Gray), light blue (Glacier Blue) and a subtle orange called Gradient Bronze. The Redmi Note 10 comes with Xiaomi’s MIUI 12 user interface based on Android 11.

Below the Pro version, there are two variants, the 10 and the 10S, which, based on their names, suggest more similarities than they actually have. Basically this is limited to the housing dimensions and the display.

Both devices have a 6.43-inch Amoled dot display with a resolution of 2,400 by 1,080 pixels at the standard refresh rate of 60 Hertz and a maximum brightness of 1,100 nits. A selfie camera with an aperture of f / 2.45 and a resolution of 13 megapixels is built into a punch hole in the middle of the display.

The case is protected by Gorilla Glass 3 on the front and all around according to IP53. A fingerprint scanner is also attached to the side. The AI-supported face recognition also works for the siblings.

The case dimensions are 16 by 7.4 by 8.3 centimeters. It weighs 179 grams, and a battery with an energy content of 5,000 milliamp hours ensures stamina and can be quickly charged with the 33 watt power pack supplied. A dual SIM slot, stereo speakers and a jack connection are also installed. The devices support LTE on both slots. NFC is also on board. This is where the similarities end. 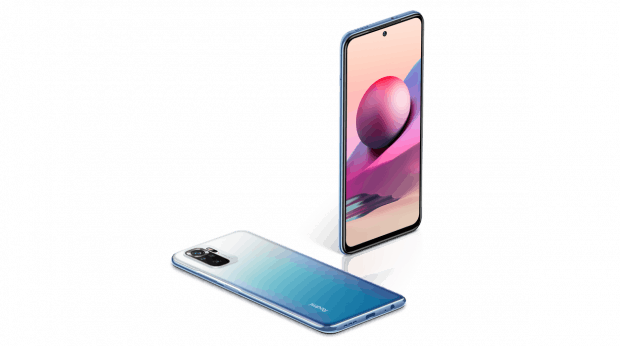 Xiaomi uses the mid-range SoC Mediatek Helio G95 in the S version of the Note 10. It is a cheaper alternative to the Snapdragon 732G with a similar performance. Just like Qualcomm, Mediatek has only slightly increased the clock frequency of the G95 compared to its predecessor G90.

The main camera of the Redmi Note 10S delivers a resolution of 64 Megapixels. In 4-in-1-pixel binning, this results in 16 megapixel images.

Special features of the Redmi Note 10 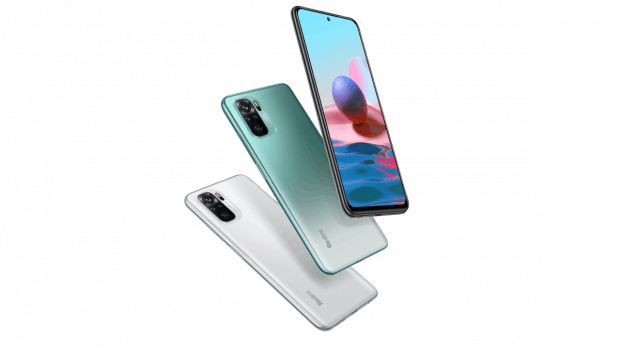 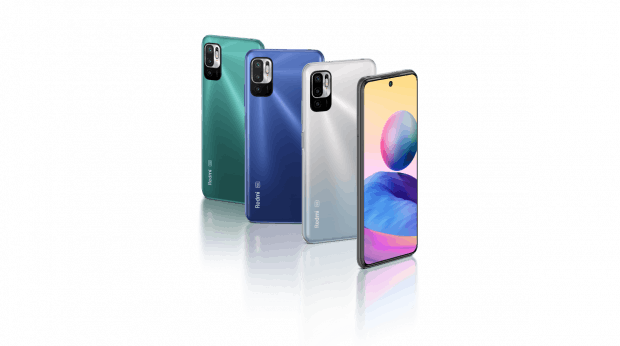 Xiaomi builds the Mediatek Dimensity 700 in its dual 5G model and can thus deliver the latest generation of connectivity. In addition to the SoC, the display of the Note 10 5G is particularly impressive. It’s with a 6.5 inch D iagonale and has a dynamic 90 Hertz – comparable to the Pixel 5 from Google.

With the camera, Xiaomi does without the ultra-wide-angle sensor and essentially provides a 48-megapixel camera with the less useful 2-MP sensors for macros and depth. The battery contains 5,000 mAh, but can only be quickly charged with 18 watts. Ultimately, only 5G speaks for the 5G model. With regard to all other specs, 10S and 10 Pro are more or less clearly ahead.

More on the subject:

Sandra Loyd
Sandra is the Reporter working for World Weekly News. She loves to learn about the latest news from all around the world and share it with our readers.
Previous articleHyundai Ioniq 5 beats Tesla Model 3 in fast charging
Next articlePolestar 2 and Cupra Formentor are the first Euro NCAP '5 stars' of the year