World Weekly News
HomeWorldUKWilliam 'proud' of Queen and Duke for getting COVID jabs as he...
WorldUK

Prince William has said he is “very proud” of the Queen and the Duke of Edinburgh for getting their coronavirus vaccinations.

During an online discussion with NHS staff and volunteers, the future king also said it was “really important” that “everyone” gets a jab “when they are told to”.

And he praised the “monumental” success of the COVID-19 vaccination programme so far.

It is understood the Queen decided the information should be made public to prevent inaccuracies and further speculation.

A royal source confirmed the injections were administered by a royal household doctor at Windsor Castle.

The Queen’s decision to go public about receiving the jab is a “significant endorsement” of the UK’s vaccination programme, said Sky News’ royal correspondent Rhiannon Mills.

William’s comments will be seen as “another big boost for those within the NHS and the government who want to push the public service message that having the vaccine is the right thing to do”, Mills added.

More people in the UK have now been immunised than have tested positive for the virus. 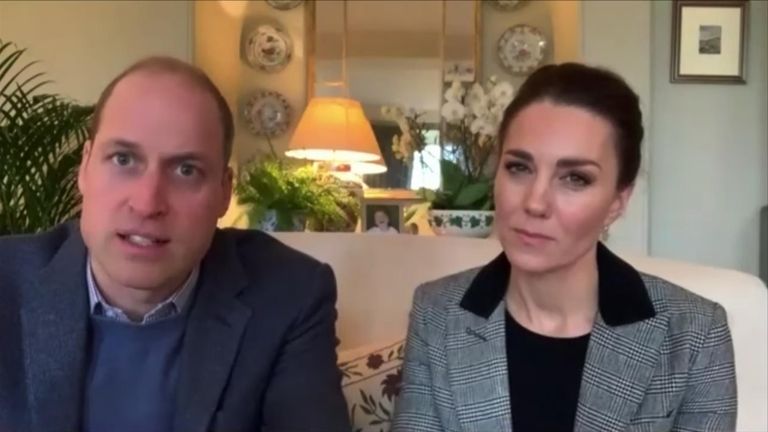 During his chat with five NHS representatives from England, Wales, Scotland and Northern Ireland, the Duke of Cambridge was told some “vaccine hesitancy” has been encountered.

Dr Nikki Kanani, medical director of Primary Care for NHS England and NHS Improvement, and a GP in southeast London, said: “We do have vaccine hesitancy in some groups.

William said: “My grandparents have had the vaccine and I am very proud of them for doing that. It is really important that everyone gets the vaccine when they are told to.”

He added: “Huge congratulations to all of you for playing your part in such a monumental moment, frankly, to roll out this vaccine.

“I think it’s a hugely proud moment for the NHS and for the UK being able to achieve such a massive task.” 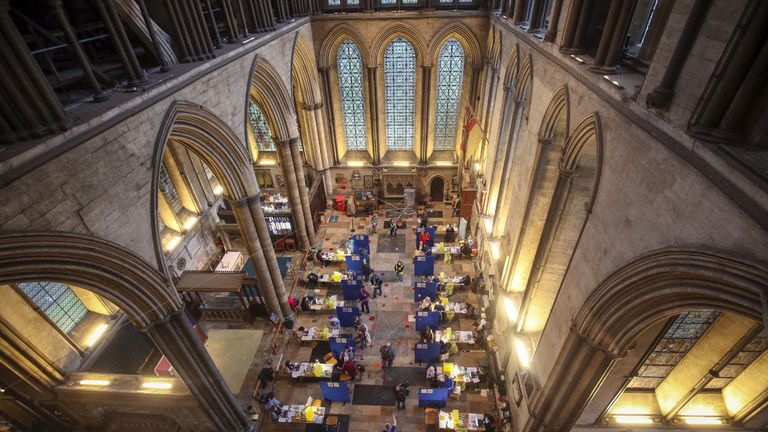 Dr Kanani said the immunisation programme is an “incredible piece of work between doctors, nurses, pharmacists, volunteers, admin staff, reception staff, people just pulling out the stops to do something incredibly difficult”.

Bronagh Hegarty, a pharmacist at Altnagelvin Hospital in Londonderry, Northern Ireland, said people have “moved mountains, day in, day out”.

She added: “I’ve been down to the mass vaccination centre – I went from ordering to seeing it put in someone’s arm because a pharmacist has to be there.”

Ms Hegarty praised the “enthusiasm and the vibe”, saying: “It is palpable and just lovely to be involved.”

Adrian Ovalle
Adrian is working as the Editor at World Weekly News. He tries to provide our readers with the fastest news from all around the world before anywhere else.
Previous articleDog owner ‘completely broken’ as pet who helped him cope with depression is stolen during attack
Next articleBoston Celtics-Miami Heat game postponed due to COVID-19 protocols

Warning: heat wave could cause collapse in south coast of England | Environment

Major NHS IT outage for last for three weeks