Microsoft co-founder Bill Gates tends towards the latter when it comes to the big question of faith iPhone or Android. He revealed that during a clubhouse talk – an iPhone-only app.

Bill Gates is on an advertising tour for his new book “How we prevent the climate catastrophe”. After going to Bloomberg and talking to Emily Chang about topics such as disinformation on social media, bitcoins and the latest developments in the corona pandemic, he was driven to the new hype app Clubhouse, where he spoke with journalist Andrew Ross Sorkin held a chat. Since Clubhouse is offered exclusively for iPhones, the question arose which mobile platform Gates preferred.

Sorkin: “So Android vs. Apple – is that a religious thing?”

For Gates, the matter seems to be clear: “I actually use an Android phone.” But he also plays with iPhones around because he would like to keep an eye on everything. He prefers Google’s mobile operating system because Microsoft’s services are best integrated: “Some of the Android manufacturers pre-install Microsoft software in a way that makes it easy for me,” replied Gates (via Macrumors).

He went on to explain that the system is more flexible when it comes to how the software connects to the operating system. “That’s what I got used to in the end,” explains Gates. Many of his friends are iPhone owners – there is no such thing as “purity” (Gates in the original: “There is no purity.”).

Clubhouse co-founder Paul Davison, who was briefly in the clubhouse room, informed Gates and Sorkin that an Android version of the app was in the works. It is the “top feature” that the company is currently working towards and that it is most enthusiastic about.

Gates has with So Android and Google apparently made peace. In a 2019 interview, the Microsoft co-founder admitted that it was “one of the biggest mistakes of all time” for the Redmond-based company that Microsoft lost to Android as the standard platform for non-Apple phones.

The fact that Microsoft had to admit defeat to Google with Android in the mobile sector was ultimately not Gates’ failure, but that of the then Microsoft CEO Steve Ballmer, who opened up everything Windows Phone and Windows 10 Mobile, respectively, and even took over the hardware division of the former mobile phone giant Nokia for over seven billion US dollars. 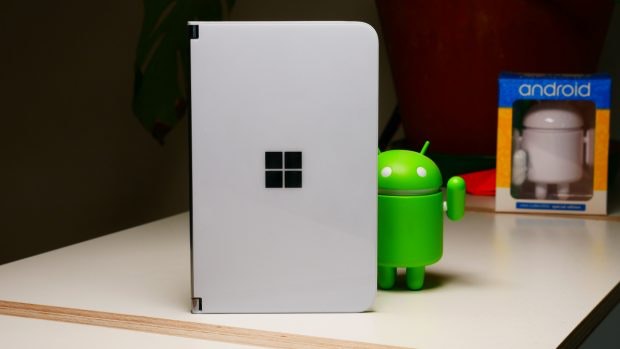 With Ballmer’s successor Satya Nadella, who was against buying Nokia from the start, the new beginning followed. Nadella approached corporate decisions less driven by idealism and the focus on her own platforms. Instead, the group moved to where the users actually were and developed solutions specifically for iOS and Android. With the Surface Duo (test), Microsoft ultimately even launched its first Android product on the market. That would have been unthinkable under the leadership of Steve Ballmer. It is unclear whether Bill Gates also owns one of the slim duo devices.

Sandra Loyd
Sandra is the Reporter working for World Weekly News. She loves to learn about the latest news from all around the world and share it with our readers.
Previous articleLand Rover Defender gets muscular version
Next articlePrivate charging stations: the federal government is funding an additional 111,000 wallboxes