Whatsapp for iOS receives an update that primarily improves the media preview. In addition, participants in a group chat have access to the settings for self-deleting messages.

The Whatsapp update to the Version 2.21.71 is in the worldwide rollout. Above all, it improves user comfort when using media that were not recorded in landscape format but in portrait format.

So far, Whatsapp (App Store Link) only displayed a square preview of the image or video to be displayed in the chat history. The respective medium only opened in full format when typing. This is particularly problematic with portrait format media, because with this orientation parts that are important to the image are definitely omitted in the preview, while recordings in landscape format should at least show the main focus of the respective recording. Whatsapp now simply shows more image information at a glance, so that the typical intermediate user should not need to explicitly open the medium received. 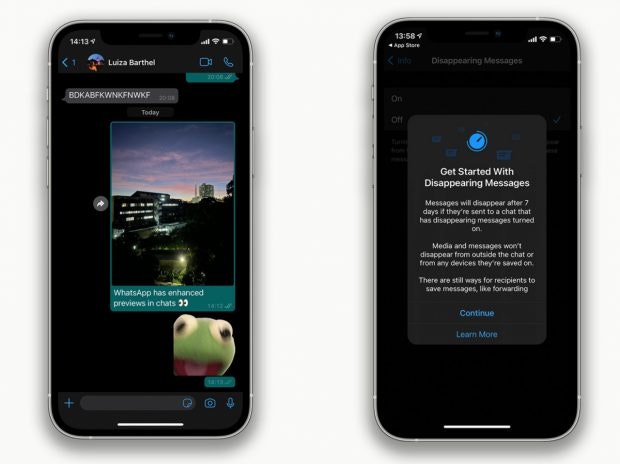 Another change concerns the settings for “self-deleting messages” in group chats. Admins were previously able to set messages in group chats to be removed automatically after seven days. A differentiated approach is now possible here.

Admins retain the right to cancel the self-delete function for a group they manage. But all group members are initially given the option to mark their messages as self-deleting.

By the way: In this post we have put together some alternatives to the Whatsapp Messenger for you.