SCOOP: Satyameva Jayate 2’s trailer expected to be out in the first week of April

Salman Khan struck gold with Eid in 2009 with his action-packed flick Wanted. Barring 2013 and in 2020 due to lockdown, the superstar has arrived every year with a film on this holy festival. This year too, he’ll be storming cinema with his much awaited film, Radhe – Your Most Wanted Bhai. However, there’s a slight difference this year. Salman Khan’s Eid films always arrive solo. But for the first time since 2010, he’ll face competition on Ramzan Eid. This is because Satyameva Jayate 2 is all set to storm into cinemas on the same day as Salman Khan’s flick, on May 13, 2021. 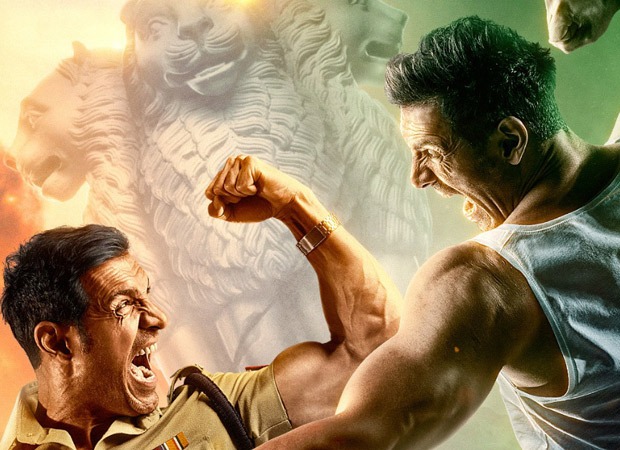 A source reveals, “Satyameva Jayate 2 is a crucial film for the makers. They are confident that it has all the ingredients of a mass masala entertainer and that it can work big time at the box office, just like its predecessor. And this time there are 3 characters of lead actor John Abraham. The makers unveiled a poster of John fighting with John a few days back and it increased the buzz of the film. And when the trailer will be out, the hype will touch the roof.”

When asked when the trailer would be out, the source says, “The makers are planning to release Satyameva Jayate 2’s trailer in the first week of April. This would give them a nice 40-day window to promote the film and release the songs. Also, before the trailer is unveiled, the makers plan to launch another poster, showing all the three John Abraham’s. It is sure to create frenzy among the masses.”

Satyameva Jayate was directed by Milap Zaveri and released on Independence Day 2018. Incidentally, even the first part wasn’t a solo release and it clashed with Akshay Kumar’s Gold. Yet, it managed to have a huge opening and emerge as a big grosser thanks to John Abraham’s stardom, massy execution and of course, the hit song ‘Dilbar’. Satyameva Jayate 2 also stars Divya Khosla Kumar, Harsh Chhaya, Gautami Kapoor and Shaad Randhawa.

Sallie Anderson
Sallie works as the Writer at World Weekly News. She likes to write about the latest trends going on in our world and share it with our readers.
Previous articleMann Ki Awaaz Pratigya 2 screening: Anupamaa’s Rupali Ganguly, Shivangi Joshi steal the show alongside Pooja Gor, Arhaan Behll and others – view pics
Next articleYoutuber CarryMinati’s song ‘Yalgaar’ to serve as title track for The Big Bull starring Abhishek Bachchan