Varun Dhawan and Parineeti Chopra have been friends for years now. But the two stars have never done a full-fledged film together. The only time they shared screen space was for a song in Dishoom – ‘Jaaneman Aah’. But, we hear that all of that will soon change. According to sources, Parineeti is in talks with Sajid Nadiadwala for his next with Varun. 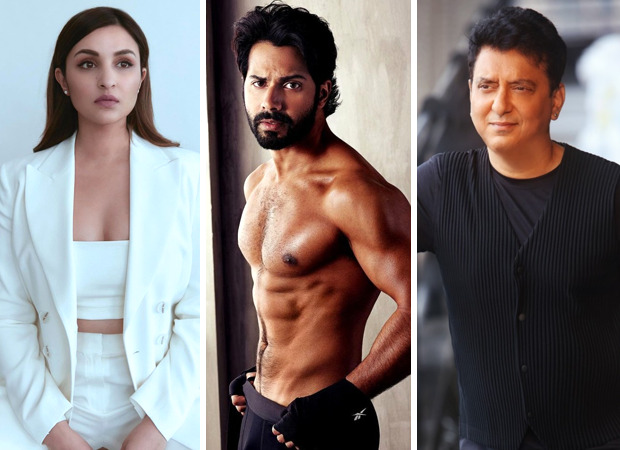 A source tells us, "Parineeti is being under consideration by Sajid Nadiadwala for the lead role in Sanki. The action thriller is apparently a remake again, but nobody knows which film is being remade now. All that is out is Varun will be playing the lead role in the suspense drama. Now, the makers want to lock Pari opposite Varun. This will also be a fresh pairing for the masses because they have never done a film together before. While there have been verbal discussions as of now, the contract is yet to be locked." In fact, Dishoom too was a Nadiadwala Grandson Entertainment production and the idea was to introduce Pari's character Muskan who joins the trio in Dishoom 2, but that never materialised.

Parineeti, on the other hand, is zooming off to London to shoot for her next. After that project, she will begin prep and work on Sandeep Reddy Vanga's Animal opposite Ranbir Kapoor.

Sallie Anderson
Sallie works as the Writer at World Weekly News. She likes to write about the latest trends going on in our world and share it with our readers.
Previous articleGrammys 2021: From BTS’ Jungkook’s performance to Justin Bieber-The Weeknd’s snub — here’s a lowdown
Next articleMasaba Gupta’s throwback pic of dad Vivian Richards and Neena Gupta is breaking the Internet

Application AI ranks candidates better with bookshelves in the background