Pac-Man 99 shines in this new gameplay

However, after its plot, and beyond what may seem simple view, it hides a series that has been generating fans around the world, to the point that it has been possible to conceive the title that we bring you today, Gal Gun Returns , an update of the original delivery that has various additions of which today we will talk at length . Are you ready? Well, aim well, we’re starting now!

The return of a classic” 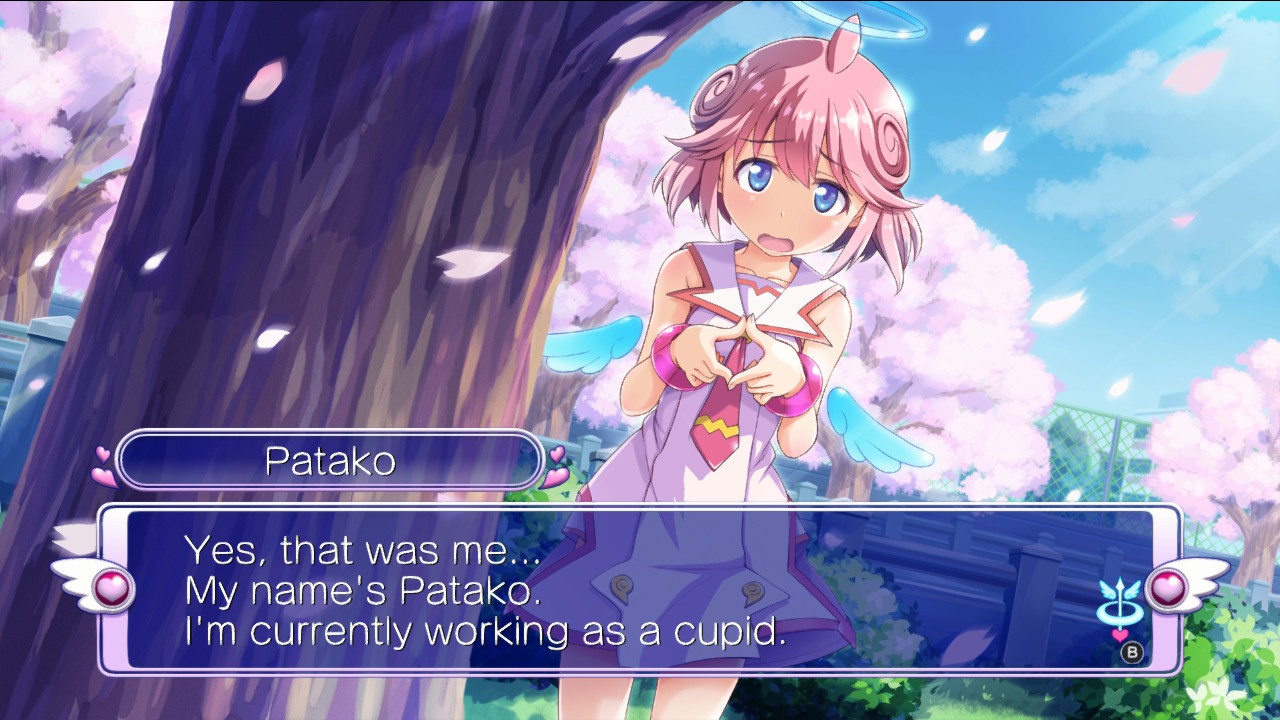 The story remains unchanged: in this installment we will continue to embody Tenzou , an ordinary boy who is not very lucky in love, having not even had a girlfriend in his life. However, everything changes when one day he crosses paths with Patako , a novice angel who is entrusted to give him a chance in love throwing an arrow at him… However, as a newbie that he is, instead of one, throws him a whopping 16 , turning him into a type irresistible to anyone he comes across.

In principle, this would have to be something ideal for our protagonist . However, arrows do have their trick: their effect is limited in duration, and an average human usually only receives a pair or two in their lifetime. What does this mean? That poor Tenzou is seen on the ropes , since he just got the only chance for the girl of his dreams to fall in love of him.

For that reason, and after taking a small personality test carried out by Patako , we will have to set out to choose the route to determine which will be the heroine of our story, which will act as a kind of final boss who, as a reward, will give us his heart. Will we manage not to die alone? Will we find love? There is no other choice, we will have to shoot everything that moves to find out!

As you can imagine , history is not the height of originality or complexity as it says, but it is still a story that fulfills its purpose: to be fun and provide a compelling reason for the player to go through the next levels proposed by the title. Of course, the narrative is something that later installments managed to improve, but in the end, we are talking about a remastering of the original, so they have done well not to touch the story too much. 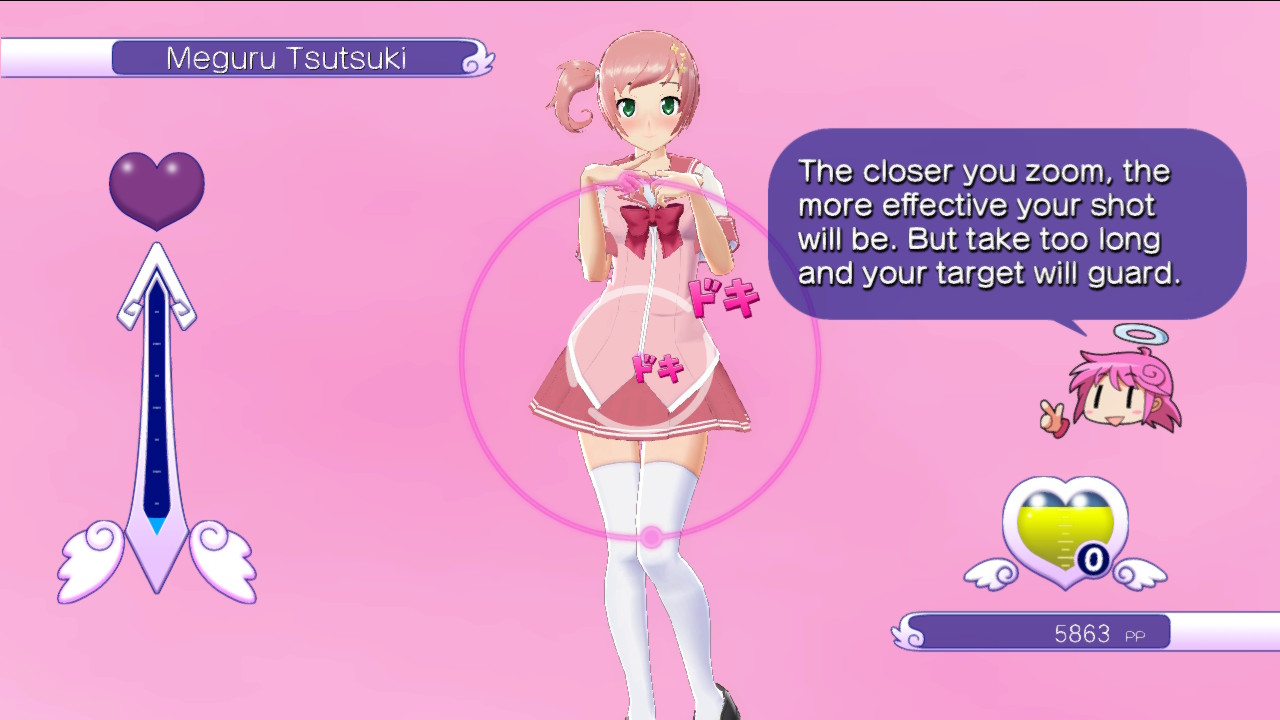 As I mentioned, the game consists of various routes , each with its own levels (and two difficulty modes to select according to our skill at the controls). In total, we can choose between four different heroines , each with their own values ​​and personality, who will take us to different locations of the institute in which the work is set, such as a cafeteria, or a bookstore, among others.

The gameplay, meanwhile, will be very simple , having to hit all the girls who pounce on us for our immense (and ephemeral, unfortunately) newly won appeal . Thus, in each game, when our energy bar is full, we can also launch a «ecstasy shot» that will allow us (I can’t believe I’m going to write this) turn on Doki Doki Time mode to interact in a more “intimate” way with our goal, making her feel more and more in love with us.

On the other hand, we cannot fail to mention the a good number of modes that the title has, among which we highlight the arcade mode, the collection mode (to recall our … adventures in the title) and the “Doki Doki Carnival” mode , a kind of short sequel in which the “Doki Doki Time” mode takes the leading role to become intimate with the different heroines whose routes we have successfully completed.

Finally, as it should also be noted, we will have access to a dressing room to enjoy ar of the three-dimensional models of all the characters, as well as rotating them, changing their clothes, putting accessories on them… You get the idea. As well as we will also have a digital manual in case we have any questions about what we can do or not in the title, a detail that It is to be appreciated. 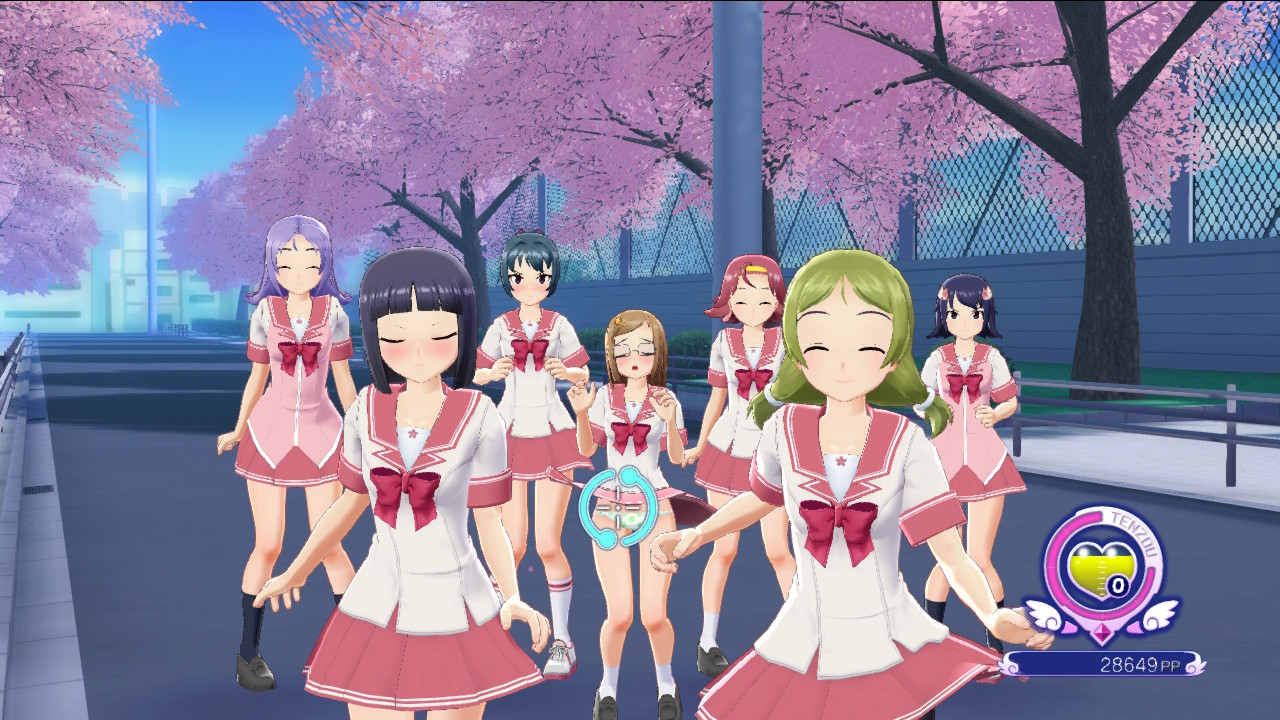 Due to its nature as remastering , many problems in its graphic section have been resolved, bearing the title to high definition and eliminating its frame-per-second drops, something that is appreciated to make its playability more comfortable. However, the problem is in the repetitiveness , and it is that many of the enemies (the girls) that we meet will be practically traced, changing only their hair color, or eyes, you know, details like that, which, in a way (and even knowing that there was not much room for maneuver in this regard) can not stop boring some other player.

Other than that, the title comes in English , but that does not have to be an impediment to enjoy it since it does not have as much text. What yes, his illustrations are the most well done, as well as the different models of the main cast , and it is precisely there where lies the main attraction of the title. Likewise, the sound section is also quite decent, with music that makes the experience bearable and the classic intro song to the game. If you like rail shooters and craziest love stories, Gal Gun Returns is for you, with different routes with their own heroines and the odd challenge for the most complete, all seasoned with different modes that fans of the franchise, and especially the original title, will greatly appreciate. Of course, yes, to fully enjoy it you have to bear in mind that is a very marked Japanese title , and that Its content may not be suitable for all kinds of users.

The impression that I got when completing it, above all, is that of that Nintendo’s policies have been changing over time to become much freer for developers, and that is quite a success. Think about it; in the end we were able to play exclusively on consoles a title that has been completely banned on other platforms, but on Nintendo Switch has arrived in full and without any kind of censorship. Something unthinkable a few years ago but that, right now, reaffirms the idea that in Nintendo there are all kinds of players , with games for for all tastes. So continue.

Gal Gun Returns is now available in both physical and digital formats in the Nintendo eShop of Nintendo Switch, being localized in perfect English, with a price of € 49.99 and a storage space of 2068.00 MB . Go on an adventure!

Adrian Ovalle
Adrian is working as the Editor at World Weekly News. He tries to provide our readers with the fastest news from all around the world before anywhere else.
Previous articleFormula E: Félix da Costa is 4th after a red flag finish
Next articlePokemon Designer James Turner Shares This Art for the Franchise's 25th Anniversary