Rani Mukerji’s next film, Mrs. Chatterjee vs Norway, announced on her birthday

To mark the occasion of Rani Mukerji’s birthday, Zee Studios along with Monisha Advani, Madhu Bhojwani & Nikkhil Advani’s Emmay Entertainment have announced her next film - Mrs. Chatterjee vs Norway. The film is an untold story about a journey of a mother’s battle against an entire country. Currently, in the pre-production stage, the Ashima Chibber directorial is expected to go on floors soon. Inspired by a true story, the film will mark the actor’s first collaboration with Emmay Entertainment and Zee Studios. Known for her hard-hitting and relevant performances, Rani calls it one of the most special and significant films of her career. 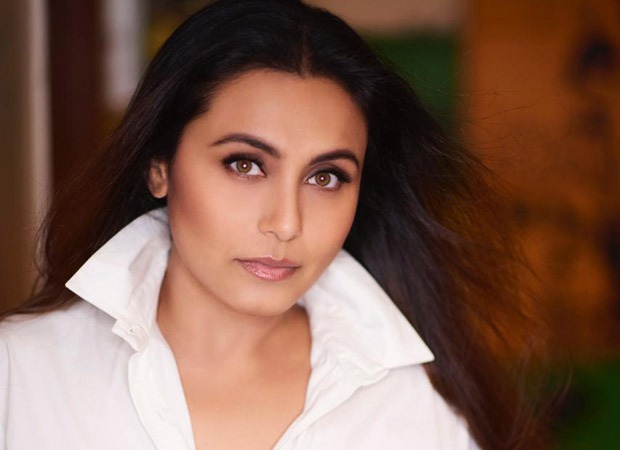 Sharing her excitement, the birthday girl said, “There could have been no better way to celebrate my birthday today than announce this really important film. In my 25th year in cinema, I have possibly signed one of the most special and significant films of my career. I started my career with Raja Ki Aayegi Baraat, which was a woman-centric film, and coincidentally in my 25th year, I’m announcing a film that is also centered around a woman’s resolve to fight against all odds and take on a country. Mrs. Chatterjee vs Norway is a story of true human resilience and it is a film that is dedicated to all the mothers out there. It is truly one of the most amazing scripts that I have read in a long, long time and I immediately decided to do this special film. It is a pleasure to creatively collaborate with Nikkhil Advani, whom I have known since Kuch Kuch Hota Hai! It’s amazing to see him and his company Emmay Entertainment grow. I am happy that Zee Studios has collaborated with them on this powerful script.”

She elaborated, “To partner with Ashima Chibber, my director is something I am looking forward to, whose vision for the film and intent with this project has truly bowled me over. This is a powerful story of a woman, that needs to be told. I’m hoping that we will work hard as a team and make magic together for Mrs. Chatterjee vs Norway."

Monisha Advani, Partner, Emmay Entertainment says "We are elated to produce this extremely potent drama. To have the inimitable Rani Mukerji helm the cast lineup is nothing short of a coup that has powered us to raise the bar. Ashima Chibber has written an intense, sensitive film & we are proud to back her direction. We look forward to this maiden collaboration with Zee Studios & promise to bring yet another inspiring story to life".

Shariq Patel, CEO, Zee Studios said, “We at Zee Studios have always believed in telling path-breaking stories and Mrs. Chatterjee vs Norway is one such story. We are pleased to collaborate with Rani for the first time. She has several memorable roles to her credit whether it is playing a fierce cop or a teacher battling all odds. She is such an evolved and powerhouse actor. It will be a delight to see how Ashima has envisioned Mrs. Chatterjee’s character. We cannot wait to bring this story to the audiences.”

Sallie Anderson
Sallie works as the Writer at World Weekly News. She likes to write about the latest trends going on in our world and share it with our readers.
Previous articleRanveer Singh to romance Kiara Advani in Shankar’s next
Next articleMann Ki Awaaz Pratigya 2 screening: Anupamaa’s Rupali Ganguly, Shivangi Joshi steal the show alongside Pooja Gor, Arhaan Behll and others – view pics