Rakul Preet Singh to star opposite Ayushmann Khurrana in Doctor G; to play a medical student

Ayushmann Khurrana will star in Junglee Pictures' next titled Doctor G. The announcement was made in December 2020. Now, they've found the leading lady in Rakul Preet Singh. The actress will play Dr. Fatima, a medical student. 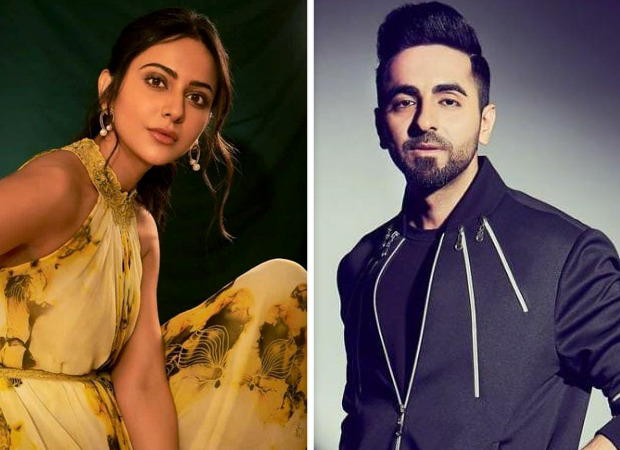 The campus comedy-drama stars Ayushmann Khurrana as Dr. Uday Gupta and he is the college senior of Rakul Preet Singh's character. Talking about her collaboration with Junglee, Rakul shares, “I am super excited to be a part of Doctor G. There are many first's in this film for me starting with my co-star Ayushmann and I am thankful to Junglee Pictures and the director Anubhuti for bringing us together. I was in love with the script from the time I had heard it. It’s a very interesting concept of medical drama and campus comedy that will bring a new perspective for the audience. I cannot wait to start shooting for the film”.

Director Anubhuti Kashyap also shares, “It is always amazing to see two talented individuals coming together. For Doctor G, we wanted a very interesting cast and I am happy we have Ayushmann and Rakul with us. Their on-screen pairing is fresh just like the characters they play in the film and their energies and chemistry will be unique and refreshing for the audience”.

Junglee Pictures’ CEO Amrita Pandey shares, “Doctor G is a story very close to our hearts and we are very excited to have Rakul join the lead cast of the movie. She has proved her mettle as an actor in her previous movies and audiences across India already love her. We can’t wait for viewers to see her paired alongside Ayushmann in the movie”.

The film is written by Sumit Saxena, Vishal Wagh, and Saurabh Bharat, who interestingly is a doctor-turned-writer and has drawn inspiration from his medical college life experiences. Saxena has also penned the dialogues of this film.

Sallie Anderson
Sallie works as the Writer at World Weekly News. She likes to write about the latest trends going on in our world and share it with our readers.
Previous articleSalaar: ‘I’m super excited and looking forward to working with Prabhas,’ says Shruti Haasan
Next articleSanjay Leela Bhansali to revive Inshallah with Alia Bhatt and a different leading man