Ronnie Screwvala is clearly setting a new benchmark when it comes to filmmaking. After revamping UTV, his RSVP movies is planning some great concept oriented films. From what we have heard now, Ronnie will soon team up with actor Rakul Preet Singh for a woman centric film. 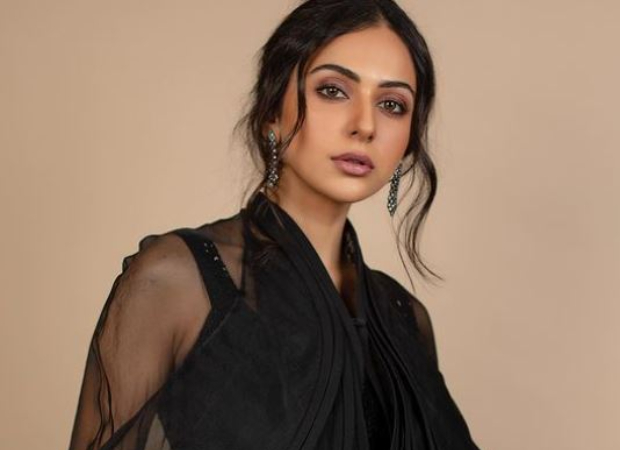 A source says, "Rakul has already given her verbal nod to the project. It is a social comedy, much on the lines of the projects that Ayushmann (Khurrana) usually picks up for himself. It's a yet-to-be-titled project which will have Rakul essaying the role of a condom tester. Yes, you heard it right, she will play the role of a sexecutive."

For those who don't know what that means, we will explain it to you. Big condom manufacturers hire people above the age of 18 and get them on the payroll to do a job. What's the job? They have to test and check the durability of the condoms during their act of intimacy. This is done for every new product before the launch and their feedback is given utmost importance.

The source adds, "It's a quirky drama that also aims at destigmatising the use of condoms. Indians still shy while buying condoms or even uttering the word. The film will be a bold but humorous take on the same, much like Dream Girl."

Rakul has several films lined up and her next film Sardar Ka Grandson also happens to be her digital debut. "Rakul was thrilled when she was approached for the film. She heard the narration and agreed to do it. Now, the modalities are being worked out before she signs on the dotted line. She will begin the film sometime in the coming months once the situation normalises and knowing RSVP, they plan to wrap up this small film in record time."

Sallie Anderson
Sallie works as the Writer at World Weekly News. She likes to write about the latest trends going on in our world and share it with our readers.
Previous articleAfter ‘Dhinka Chika’ in Ready, Salman Khan and music composer Rockstar DSP reunite for ‘Seeti Maar’ in Radhe
Next articleTo discuss a cease-fire … a joint meeting with the presence of the UN in Sirte