Football fans get the opportunity to buy trading cards no longer just as Panini cardboard cards and stickers. With Fanzone, a trading platform for digital football trading cards is launched on the blockchain.

The Berlin startup Fanzone Media has only been around since October 2020. It is now working on a crypto with ten employees Trading platform for trading cards to be sold as NFT (non-fungible tokens). These are digital assets that can be assigned to a specific owner using a blockchain certificate.

The fan zone platform is due to go live in April. The prices of the digital trading cards, which can best be imagined as digital versions of the world-famous Panini pictures from the Italian market leader, should vary depending on the rarity of the motifs.

Just like the Panini surprise packages at the kiosk, the Fanzone also wants to offer virtual card packages that should be available for three to five euros. Individual items or small series, on the other hand, should be auctioned off. Fanzone can rely on a tried and tested business model: trading cards have been extremely popular for over half a century. The most expensive sports trading card in the world dates back to 1952 and shows the US baseball star Mickey Mantle. It last changed hands in January for $ 5.2 million. 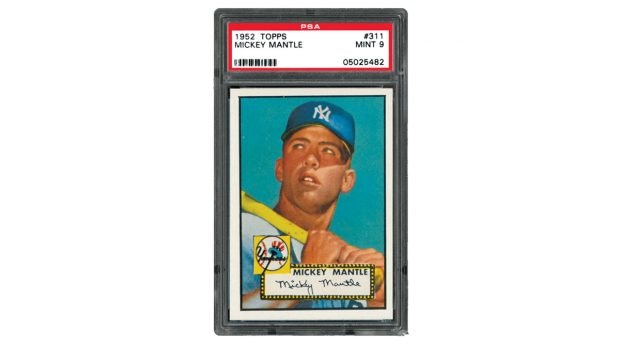 The most expensive sports trading card in the world . (Screenshot: t3n)

Just in time for the start of the European Championship, the fan zone wants football Offer trading cards. This is done together with the German Football Association (DFB) because of the licensing problem. Later there will also be trading cards for other sports at Fanzone.

Platform planned for everyone

Fanzone wants to sell the assets via its website and a mobile app. Buyers of the cards should also be able to sell them again via the platform. Potential customers shouldn’t have to have previous knowledge of crypto trading. It remains to be seen how the necessary simplification of the bidding and settlement procedure will be implemented.

Doubts about the The fan zone makers are not successful. Co-founder Dirk Weyel reported to the Gründerszene: “We are convinced that new digital interaction formats between sports fans and their favorite teams and players are more relevant than ever and have huge growth potential.” 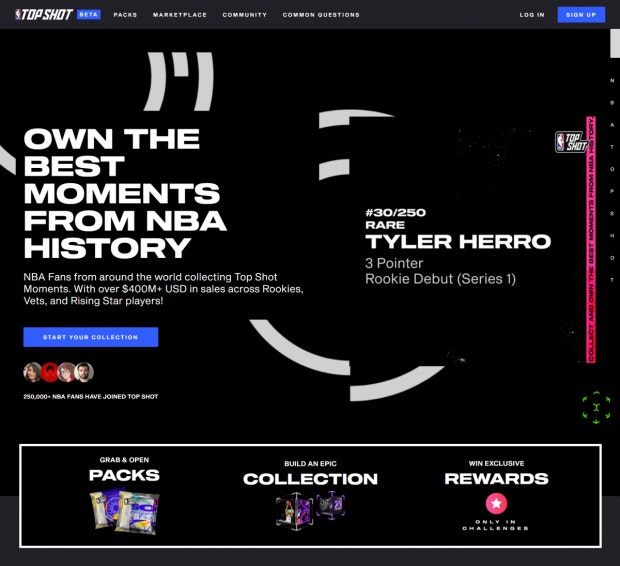 Anyone who observes the scene may agree with Weyel . NFT are rapidly gaining in importance worldwide. In the field of sports trading cards, the NBA Top Shot platform currently dominates, on which basketball cards are sold as NFT. Launched in 2019, the platform has been growing rapidly since the beginning of 2021 and set a record sales figure of $ 46 million in 24 hours in February. The most valuable cards are sold for up to $ 200,000.

More and more artists are also relying on NFT as a way to to sell digital works with a guarantee of uniqueness. The Canadian singer Grimes had made around six million dollars in sales within 20 minutes with an NFT sale on the Nifty Gateway platform. The German artist Fynn Kliemann succeeded in auctioning 100 specially made jingles as NFT with total proceeds of around 250,000 euros. And in a 14-day campaign, the band Kings of Leon is selling their new album “When You See Yourself” on Open Sea.

NFT received the accolade through the result of an auction of the venerable auction house Christie’s. Here, the work “Everydays: The First 5,000 Days” by the US digital artist Beeple achieved the record value of 69 million dollars and thus placed itself directly in the top three of the most expensive works of art ever auctioned.

The NFT Craze naturally also attracts one or two scoffers. Its most prominent representative is probably Elon Musk, who recently composed a song about NFT – let’s say – and now wants to sell it as NFT.

Derrick Santistevan
Derrick is the Researcher at World Weekly News. He tries to find the latest things going around in our world and share it with our readers.
Previous articleDisplay | eleVation Digital Days: Your business vision for 2021
Next articleNew generation all-electric Ford Transit Custom arrives in 2023