Mass shooting at Walmart in Virginia live updates: 16-year-old among the victims

The new generation of the Apple TV 4K scores with more graphics performance thanks to the A12 Bionic Chip. Siri Remote also becomes an innovative remote control and the iPhone becomes a color sensor.

The new Apple TV 4K comes with the power of the A12 Bionic Chip, a new Siri Remote and automatic color control via iPhone. At the first event of the year, Apple presented the new Apple TV 4K, which replaces the three and a half year old predecessor model.

Up to 60 images per seconds should ensure particularly lifelike images. This also works via AirPlay via the iPhone 12 Pro.

The TV uses the iPhone’s light sensor to capture the color world of the surroundings live and automatically adjust the image. The Apple TV 4K works with other Apple devices in the room via the tvOS TV operating system. “You will see more accurate colors without having to adjust your TV”, it said in the product presentation.

Apple has also redesigned the Siri Remote. The innovative remote control, which enables TV control by voice command, has been equipped with a clickpad control – similar to what we knew from iPods. This allows you to navigate in five directions. 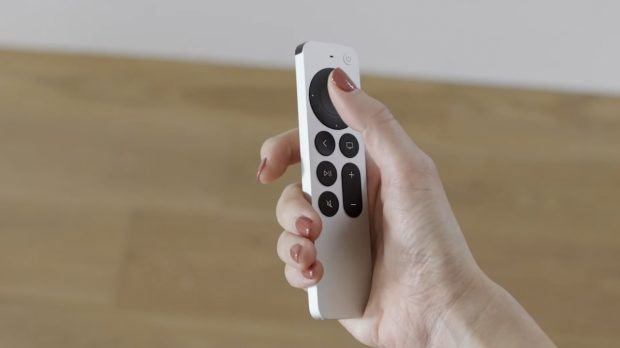 The highlight of the clickpad is probably the outer ring: a circular gesture makes it easier to fast forward, for example. This should make navigation more intuitive. The power and mute buttons are also new. The Siri button has moved to the side.

Thanks to the light aluminum housing, made from 100 percent recycled material Material, the Siri Remote should be easy to hold.

The new Siri Remote is available separately and is said to cost $ 59. The remote control is also compatible with the previous model and the Apple TV HD.

Adrian Ovalle
Adrian is working as the Editor at World Weekly News. He tries to provide our readers with the fastest news from all around the world before anywhere else.
Previous articleVolkswagen ID.4 wins World Car of the Year award
Next articleIt's getting colorful: iMac with a 24-inch display with a completely new design and an M1 chip is presented