Earlier today the official Twitter handle of Karan Johar’s Dharma Productions, tweeted that they would be making an announcement tomorrow. “Bringing together cinema beyond languages to entertain all! #StayTuned, something BIG dropping tomorrow @ 10.08 am!” As per the statement it is learnt that the production house will be revealing the title and first look of the Vijay Deverakonda – Ananya Pandey starrer tomorrow. 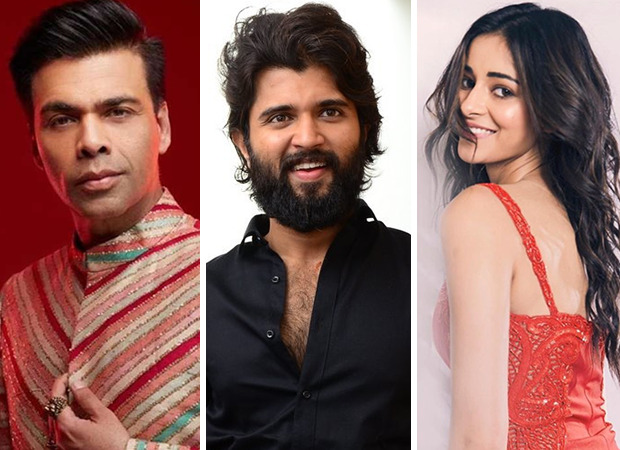 Directed by Puri Jagannadh, the film will see Dharma Production obliterating the linguistic barrier. Though details of what exactly the film is about is currently being kept under wraps, buzz is that the production house will reveal the details soon. However, given the fact that the cast of the film were recently in Thailand training in mixed martial arts, expectations are that the film will be an actioner.

As for the yet untitled film, Ramya Krishnan, Ronit Roy, Vishu Reddy, Aali and Getup Srinu are also said to be part of the cast in addition to Vijay and Ananya. Presented by Dharma, the film is jointly produced by Puri Jagannadh, Karan Johar, Apoorva Mehta and Charmme Kaur.

Sallie Anderson
Sallie works as the Writer at World Weekly News. She likes to write about the latest trends going on in our world and share it with our readers.
Previous article‘This virus is no joke’: Sania Mirza reveals she suffered COVID-19
Next articleShahid Kapoor starrer Jersey set to release in theatres on Diwali, November 5, 2021