Actor Varun Dhawan and Natasha Dalal were to tie the knot today at Alibaug. The couple’s idea of a sunset wedding took place at The Mansion House with their closest friends and family members in attendance. The couple had planned the Republic Day’s long weekend for the festivities to take place and the details were revealed close to a week prior. Even though there wasn’t an official announcement from their end, the news spread like wildfire. 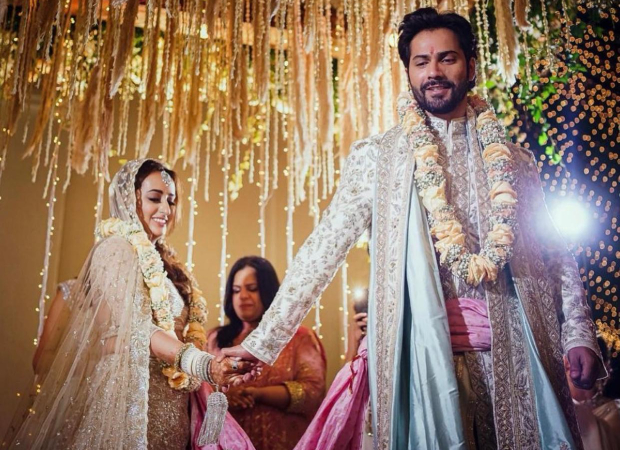 As the day comes to an end, Varun Dhawan and Natasha Dalal have been pronounced as man and wife. The couple got married according to the Hindu rituals and the news has been confirmed by sources. As per reports, the nuptials were supposed to begin at 4pm but it was delayed till 6pm since the Haldi ceremony had begun late. The actor arrived on a quad bike on the songs 'Hiriye Sehra Baandh Ke', 'Zingaat' among others. The cameras are not allowed inside but the couple has finally tied the knot at the Mansion House in Alibaug.

Although the pictures are awaited, the fans are ecstatic for the heartthrob and his wife. With Manish Malhotra, Karan Johar, Kunal Kohli, and more in attendance, there are a few surprise guests expected to attend the ceremony.

Congratulations to the newlyweds!

Sallie Anderson
Sallie works as the Writer at World Weekly News. She likes to write about the latest trends going on in our world and share it with our readers.
Previous articleIrrfan Khan’s son Babil on carrying his legacy forward: I don’t want to do a Rs. 100 crore film with no artistic value
Next articleKabir Singh producer Murad Khetani beats Karan Johar; pays approx. 6 crores for Master rights