Housefull producer Sajid Nadiadwala’s production house Nadiadwala Grandson Entertainment made an announcement on Monday stating that not one but two announcements will be made on the 2nd of March. The fans will have to be around from 10 AM to 12 noon to be sure they catch up with what is next from the banner. 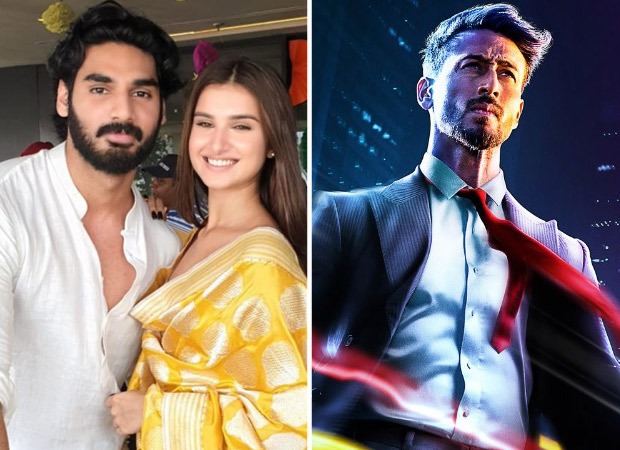 The tweet read, “A special moment we all have been waiting for ♥. Stay tuned tomorrow from 10 AM to 12 Noon for roller coaster ride #SajidNadiadwala @wardakhannadiadwala @foxstarhindi #FoxStarStudios.”

According to our sources, “The two announcements will be related to their upcoming lineup. As production houses are taking a bet on theatres and announcing release dates, Nadiadwala Grandson Entertainment will announce the release date of Tiger Shroff’s Heropanti 2 – the film that brings the actor back with the banner. Taking his debut franchise forward, Tara Sutaria will be starring opposite him for the second time after Student Of The Year 2. Interestingly, it is also Tiger’s birthday on March 2nd, so the makers are keen to share more details!”

The source further added, “They will also announce the release date of Tadap, RX 100 remake, starring Tara Sutaria and Ahan Shetty. This film marks the debut of Suniel Shetty’s son as Milan Luthria directs the project. Along with both the announcements, the makers will also unveil first look posters to get the excitement rolling amongst the fans!”

Meanwhile, this isn’t the only film Tiger Shroff is doing with Sajid Nadiadwala’s production. He is also starring Baaghi 4 which will mark the return of Ahmed Khan as the director.

Sallie Anderson
Sallie works as the Writer at World Weekly News. She likes to write about the latest trends going on in our world and share it with our readers.
Previous articleBollywoodLife.com Awards 2021 Best Entertainer (Social): Kanan Gill, Kenny Sebastian, Srishti Dixit and more – Vote for your favourite now
Next articleSalman Khan starrer Tiger 3 likely to be shot in U.A.E, Istanbul and Europe