T-Series headed by Bhushan Kumar has several films lined up for release this year both in theatres and on OTT. However, in the beginning of the year, it was the announcement of Ranbir Kapoor’s film with director Sandeep Reddy Vanga titled Animal that had people excited. The audio teaser of the film only added to the excitement of the film. Fans of Ranbir Kapoor are eagerly waiting to see the star on screen as he was last seen in the film Sanju that was released in 2018. 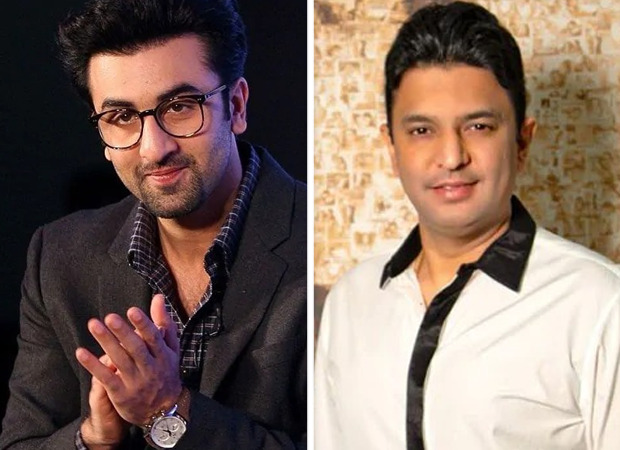 In an exclusive conversation with Bollywood Hungama, T-Series head Bhushan Kumar who will be producing not only Ranbir Kapoor’s film with Vanga but also Luv Ranjan’s movie gave us the timeline of both films. “The shooting of Ranbir Kapoor and Shraddha Kapoor's film with Luv Ranjan is almost completed. The rest of the film will be shot soon. Then we will be shooting Animal with Ranbir Kapoor and Sandeep Vanga who directed Kabir Singh. That we will start by October once Ranbir wraps up the Luv Ranjan film,” he revealed.

Animal also stars Anil Kapoor, Bobby Deol, and Parineeti Chopra. The film is said to be a rustic, gangster drama. This is a genre that Ranbir has hardly explored and is always ready to expand his horizons. Bobby Deol is reportedly playing the antagonist. The film is produced by Bhushan Kumar, Pranay Reddy Vanga, Murad Khetani & Krishan Kumar.

As for the Luv Ranjan film, Ranbir and Shraddha recently completed a long schedule for the film in Delhi. The title of the film has not been revealed as yet.

Sallie Anderson
Sallie works as the Writer at World Weekly News. She likes to write about the latest trends going on in our world and share it with our readers.
Previous articlePriyanka Chopra Jonas reveals when her next Bollywood film will release
Next articleSmart clothes measure movement … New scientists