On Friday, the Tesla share experienced a drop in price. The reason could be the spread via various channels that Elon Musk died in an accident. Meanwhile, he is in the best of health.

Deceptively real-looking screenshots, supposedly from well-known online portals and news outlets, spread on social media on Friday. Elon Musk died in the explosion of a car battery at the Tesla plant, it was said.

Except for screenshots, no receipts

Then there was also a real-looking Tesla message to investors in which the death of the CEO was confirmed. The ultimate proof should probably be a tweet from Musk’s life partner, the Canadian artist Grimes. She posted it on Twitter, but subsequently deleted it – probably out of sheer pain. But it was possible to secure it beforehand, it was said on social media. In fact, the tweet wasn’t even posted by Grimes. 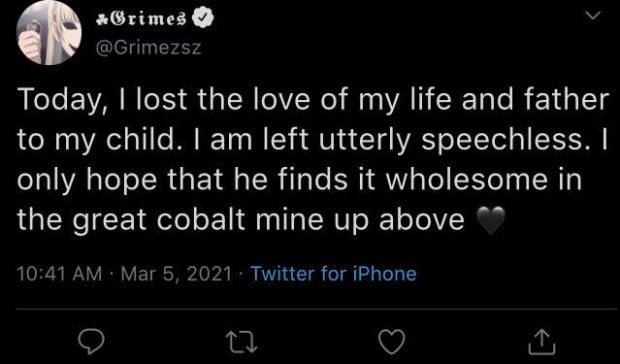 Many Internet users believed the false reports. On Twitter, users gathered under the hashtag #RIPElon, primarily to express their sympathy. From the beginning there were also doubts about the story.

It quickly turned out to be completely implausible, because no known news source picked up the message on. There were no more than a handful of screenshots as evidence of Musk’s alleged death.

The reason for the misinformation is unclear. It is conceivable that it could have been either a failed joke or an attempt to crash Tesla’s stock price. After further research, the colleagues from Clean Technica consider the latter to be the most likely explanation. They are calling for an investigation by the Securities and Exchange Commission to clarify the matter.

If the price crash was actually the strategy behind the fake news, it could briefly worked on Friday. Possibly due to panic selling, Tesla stock had temporarily fallen to $ 540 but rebounded as quickly as it fell.

Should If the fall were intended, the initiators would only have had a very narrow window of time to benefit from their hoax. But it is also true that the entire S&P 500 index showed a similar trend on Friday – albeit not with a very clear dip. 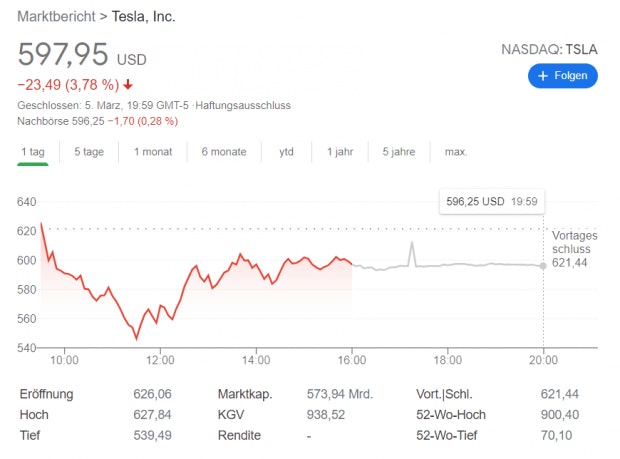 Tesla on Friday: The dip is clearly visible. (Screenshot: t3n)

Musk tweeted an emoji on Friday night that should probably be interpreted as a reaction to the false reports.

If the emoji suggests a depressed mood, Musk soon found his way back to the old form.

Later on Friday night, Musk tweeted again about one of his two favorites -Cryptocurrencies – in this case the Dogecoin. The style and content make the tweet look authentic and Musk come alive – should anyone add a conspiracy story …

Sallie Anderson
Sallie works as the Writer at World Weekly News. She likes to write about the latest trends going on in our world and share it with our readers.
Previous articleInvesting with leverage: These are the opportunities and risks
Next articleDucati starts production of the new Monster that hits the market in April