Eid 2021: Salman Khan confirms Radhe: Your Most Wanted Bhai will release on May 13 in theatres

Ripple is making a comeback? XRP token with price explosion

Salman Khan’s films are synonymous with action, drama, entertainment, and audiences are eagerly awaiting his arrival on the big screen with Radhe: Your Most Wanted Bhai. Directed by Prabhu Deva, the action-drama is one of the most anticipated films of 2021 and the latest poster of the film has upped the excitement. 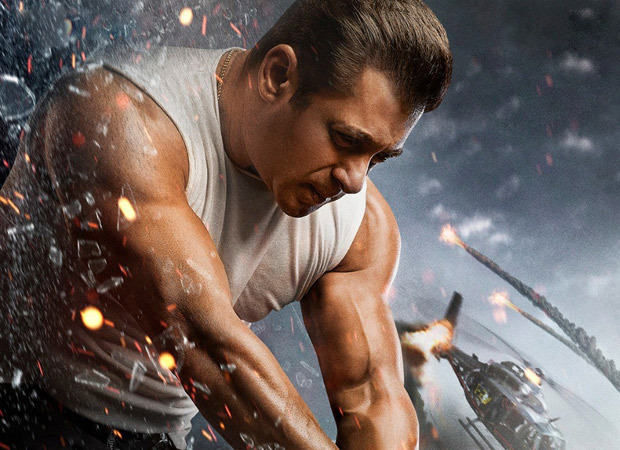 With exactly two months to go for release of the film, Salman Khan unveiled a new poster, where he can be seen in a fierce yet slick avatar. Set in a backdrop of battleground with burning helicopters and artillery, he looks hotter than ever with chiseled physique and a resolute look on his face. The poster has all elements of a classic Salman Khan extravaganza and promises a massive entertainer.

Talking about the film, Shariq Patel, CBO, Zee Studios, shared "We are excited to bring back audiences to cinemas through this partnership with Salman Khan as his movies create an atmosphere of festivity. This would be one of the biggest movies in 2021 and we are keen to see the audience support/response. I am sure it would be a delight for the fans after a tough year. Radhe : Your Most Wanted Bhai will be the perfect Eidi for Salman fans and cinema goers."

A spokesperson from Salman Khan films shared, “Salman Khan and Eid have a special connection and we at Salman Khan Films are happy to continue the tradition with Radhe: Your Most Wanted Bhai. We are looking forward to bring back the era of clapping, cheering, whistling and the ‘house-full’ boards Salman Khan’s movies are known for. We are delighted to collaborate with Zee Studios for Radhe and together we want the film to reach all the audience, and for them to enjoy it with all safety measures in place.”

Along with Salman Khan, the film also stars Disha Patani, Randeep Hooda and Jackie Shroff in pivotal roles. The movie is presented by Salman Khan films in association with ZEE Studios, produced By Salma Khan, Sohail Khan and Reel life production private limited. The movie releases on the 13th of May, 2021 on the occasion of Eid.

Also Read: From Radhe vs Satyameva Jayate 2 to Prithviraj vs Jersey, 8 huge clashes at box office in 2021

Sallie Anderson
Sallie works as the Writer at World Weekly News. She likes to write about the latest trends going on in our world and share it with our readers.
Previous articleRekha pursues her secret passion – singing; randomly rings up people in the industry and sings for them
Next articleGrammys 2021: From BTS’ Jungkook’s performance to Justin Bieber-The Weeknd’s snub — here’s a lowdown