The committee raised $107 million for the 58th inauguration when President Donald Trump took office in January 2017, more than doubling the previous record for any other incoming president.

The 18-page lawsuit said the committee booked the Trump hotel ballroom for $175,000 per day and spent $300,000 on food and beverage, despite concerns from its own event planner. It also said Trump’s team hardly used the facilities it paid for.

In a new filing this week, the attorney general’s office said new evidence indicates the committee also “improperly wasted its funds” by paying a $49,000 bill at the Loews Madison Hotel that should have been paid by the Trump Organization, which is currently run by Donald Trump Jr. and his brother, Eric Trump.

Clyde Hughes contributed to this report. 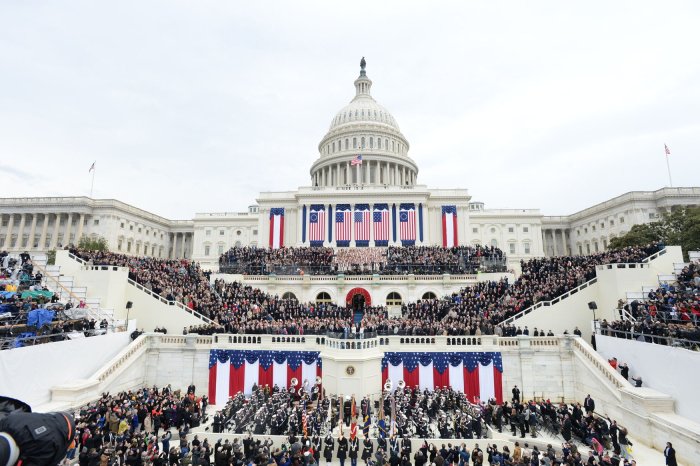 President Donald Trump takes the Oath of Office at his inauguration on January 20, 2017 in Washington, D.C. Trump became the 45th President of the United States. Photo by Pat Benic/UPI | License Photo