Starmer called for clarification of the picket ban as MPs are forced to back forwards | Labor, work

6 shots, 1 dead in Shooting in the northeast that “pissed off” the head of the District of Columbia

The year 2020 was a big year for global popstars BTS, in terms of music. Not only they had multiple album releases, but, they also broke several records including becoming the first Korean artist to top the Hot 100 chart in the US with a Korean single. Now, adding another feather to their success hat, the South Korean act hasve been announced as the winners of 2020’s IFPI Global Recording Artist of the Year Award. 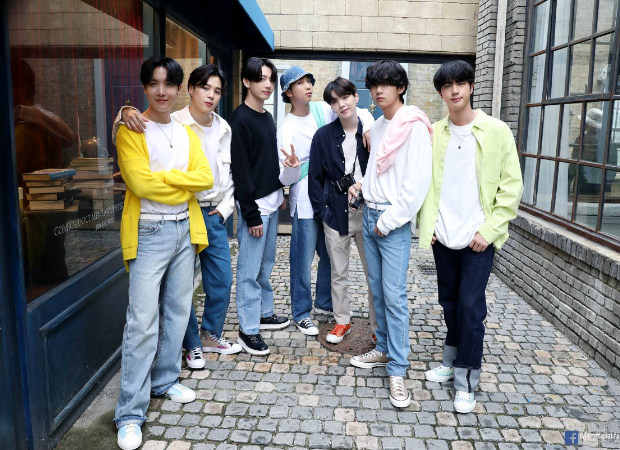 This marks their first-ever top score IPFI win after securing second place in 2018’s IFPI Global Artist Chart and seventh place in 2019. They have become the first Korean act to be awarded this win along with becoming the first non-English act. Frances Moore, Chief Executive, IFPI, said, “BTS are a global phenomenon. They have had another outstanding year, releasing three albums, and continually finding creative and engaging ways to share their story with the world. They truly show the power that music has to bring joy and happiness to people the world over. We would like to congratulate RM, Jin, SUGA, j-hope, Jimin, V and Jung Kook and we are excited to see what they have in store next.”

Congratulations to @BTS_bighit, the winners of the #IFPIGlobalArtistChart 2020! ????

IFPI, the organisation that represents the recorded music industry worldwide, calculated according to an artist’s or group’s worldwide performance across digital and physical music formats during the year, from streams to vinyl, and covers their entire body of work. The award was announced at the culmination of the IFPI Global Artist Chart, which counted down the top 10 best-selling artists of the year globally.

BTS released their album ‘BE (Deluxe Edition)’ on November 20 which debuted at No. 1 on Billboard 2020 with their title track ‘Life Goes On’ earning No. 1 spot on Hot 100 on Billboard charts. They earned their third No. 1 on the Hot 100 chart (following ‘Dynamite’ and Jawsh 685 and Jason Derulo’s ‘Savage Love – Laxed – Siren Beat’) and first with a Korean song. The title track became the first Korean song to ever top the chart.

As per MRC Data, released in January 2021, that revealed the top records of 2020, BTS was the best selling group and the second-most popular artist overall in the US in 2020 with over 1.5 million pure album sales. Their full-length album ‘Map of the Soul: 7′ was the second-best-selling album of the year, with over 674,009 copies sold. The album, that released on February 21, 2020, was also the US’ top-selling physical album with 646,000 CDS sold.

Sallie Anderson
Sallie works as the Writer at World Weekly News. She likes to write about the latest trends going on in our world and share it with our readers.
Previous articleEXO’s Baekhyun to release solo album on March 30, SM Entertainment confirms
Next articleValheim reaches five million players in a month