Bitcoin dominated by whales: Bank of America shoots against cryptocurrency

New Corona .. There is no relationship between blood type and infection

The analysts at Bank of America will probably no longer be Bitcoin fans. In a current position paper, they don’t leave the crypto currency in good shape. One claim in particular turns out to be false.

You shouldn’t look closely at the latest position paper from Bank of America. On Friday we had already taken up the analysts’ calculation that a Bitcoin transaction would release as much carbon dioxide as 60 cars. In the process, Bank of America even went so far as to state that there was “no good reason to own BTC unless you can see that prices are rising”.

The analysts are far from leaving it at that. Another statement in particular is at least daring.

Bank of America draws a key argument against Bitcoin from the claim that only 2.4 percent of all addresses hold 95 percent of all Bitcoin. The vast majority of addresses even held no Bitcoin at all.

With these two statements, the analysts suggest that the Bitcoin is through very few but very large investors would dominate. That would make the cryptocurrency uninteresting for investors because the asset would be too illiquid to generate significant trading volumes.

This would make Bitcoin even less interesting as a means of payment. All bankers in the world unanimously see suitability as a means of payment as an essential prerequisite for the long-term success of Bitcoin. With such a strong concentration, far too few market participants would have Bitcoin at all to keep the system going.

It is not true that fiat assets are not also subject to a certain concentration. However, Bank of America rates this as far less clear. One percent of Americans owned 30 percent of household wealth.

Wrong: whales do not dominate Bitcoin

That sounds like the analysts have a point here. On closer inspection, however, it turns out that the basic assumption of Bank of America is wrong.

That can be very good can be easily recognized from an evaluation by the on-chain analysts at Glassnode. It first clears up the misperception that 95 percent of Bitcoins are concentrated in 2.4 percent of all addresses. 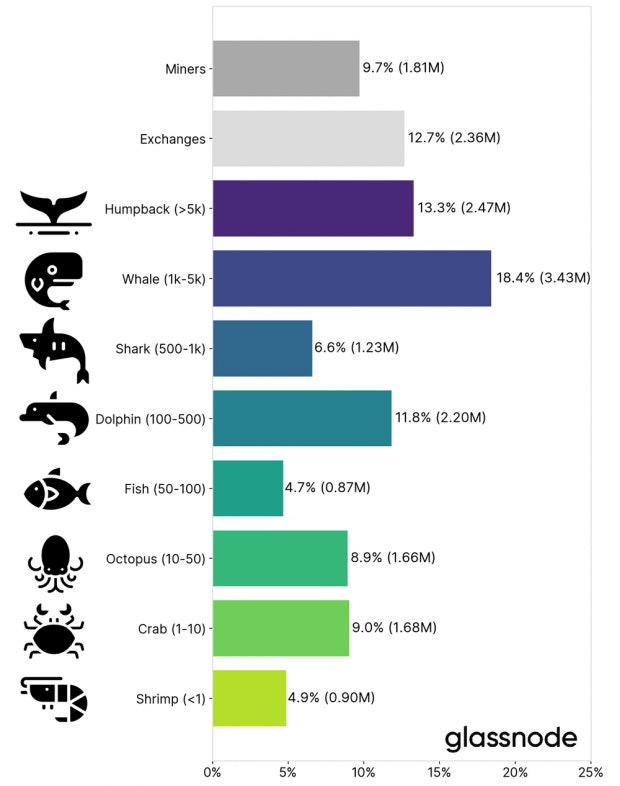 This is where Bank of America at least makes the mistake to overlook the fact that there are crypto exchanges that manage their users’ bitcoins. This already results in an optical concentration that has no actual equivalent.

Adrian Ovalle
Adrian is working as the Editor at World Weekly News. He tries to provide our readers with the fastest news from all around the world before anywhere else.
Previous articleE-Bike Cruiser CR 7005: Jeep brings pedelecs with a retro look
Next articleHuayra R is the most extreme Pagani hypercar