Newport News School Was Warned 3 Times That 6-Year-Old Had a Gun, Lawyer Says

Last year, Anushka Sharma’s Clean Slate Filmz collaborated with streaming giant Netflix for a supernatural thriller Bulbbul. Now a year after the film released we hear that Anushka and Netflix are set to collaborate on another supernatural thriller titled Qala. If that wasn’t all, it is also being said that the film will feature the late actor Irrfan Khan’s son Babil Khan alongside Tripti Dimri. 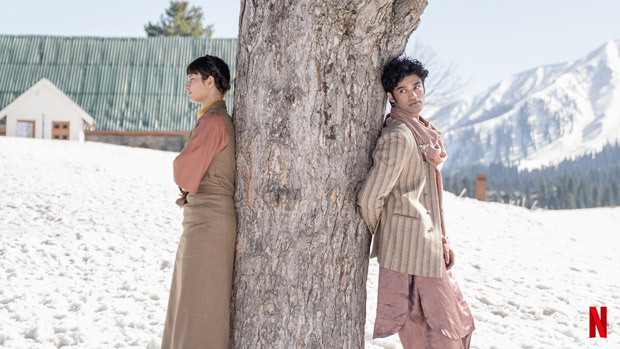 Commenting on the development a well-placed trade source tells us, “Qala is a beautiful heart-breaking story about a daughter who craves her mother’s love. The film will see late Irrfan Khan’s son Babil making his debut alongside Tripti Dimri. Besides these two Qala also features Swastika Mukherjee in a pivotal role.”

Taking to his Instagram handle to talk about his launch, Babil shared a video from the sets of the film saying, “Tripti freaking Dimri is back again!!!!!! Whooooooo!!! (and a little bit of me ❤️) Also I’m a bit skeptical about the phrase ‘getting launched’ because the audience should launch off their seats while watching our film and not any individual actor. "From the creators of Bulbbul, Clean Slate Filmz and Anvita Dutt, we bring you #Qala, a Netflix Original film. Qala will be here soon to share her story of her fight for a place in her mother's heart."

Interestingly, Tripti shared that they have already completed the first schedule of the film that is being directed by Anvitaa Dutt. Posting about the same she added, “Wrapped up the first schedule of Qala.. Super happy and excited to be joining hands with such an amazing and enthusiastic team for the second time... From the creators of Bulbbul, Clean Slate Filmz and Anvitaa Dutt, we bring you #Qala, a Netflix Original film. Qala will be here soon to share her story of her fight for a place in her mother's heart.”

Netflix, today, revealed the first looks from the set of Qala starring Tripti Dimri, the lead actor in Bulbbul who swept hearts and accolades with her performance, along with Babil I. Khan. The film marks Babil’s debut and also stars Swastika Mukherjee.

Talking about the film, Anvitaa Dutt (Director) said, “Mother-daughter relationships are sacred and often complicated. Qala is a beautiful, heart-breaking story about a daughter who craves her mother’s love. I am ecstatic to have such incredible actors on-board and cannot wait for the world to discover the film with Tripti, Babil and Swastika. It's always a pleasure to partner with Clean Slate Filmz and Netflix as they believe in bringing to life empowered stories like Bulbbul, and now Qala.”

Karnesh Ssharma (Producer, Clean Slate Filmz) said, “At Clean Slate, our aim is to always produce content that stands out. Netflix, as a partner, shares the same vision which enables us to tell stories which are unique, clutter-breaking and heart-warming. After the success of Bulbbul, we are happy to announce our second film association with Netflix for Qala.”

“With Bulbbul, we found imaginative creative partners in Clean Slate Filmz to bring to life the stunning vision of Anvitaa Dutt. We are thrilled to reunite with them for Qala, and once again tell an intricate tale of a woman that we hope will resonate with many. We are also excited that the incredibly talented Tripti Dimri will be back on Netflix, this time with the promising Babil I. Khan, the newest addition to the growing Netflix family”, said Srishti Behl Arya, Director - International Original Film, Netflix India.

Sallie Anderson
Sallie works as the Writer at World Weekly News. She likes to write about the latest trends going on in our world and share it with our readers.
Previous articleSatish Kaul succumbs to Covid-19; passes away at the age of 73
Next articleWho does Lizzo love among Jin, Suga, J-Hope, RM, Jimin, V, and Jungkook in BTS?