Arjun Rampal’s The Battle Of Bhima Koregaon to CLASH with Ayushmann Khurrana’s Anek on September 17, 2021

Yeh Rishta Kya Kehlata Hai: Mohsin Khan gets emotional as he bids goodbye to the show and Kartik Goenka; says, ‘All good things…’

Over the last few years, the history behind the 1818 battle fought at Bhima Koregaon has intrigued not just history lovers but also the general public from all strata of society. A film based on this episode, titled The Battle Of Bhima Koregaon, is now ready and is all set to release this year in cinemas. A few days back, when most production houses locked the release dates of their mid-sized and biggies, the makers of this film also followed suit. The film is now all set to arrive in cinemas on September 17, 2021. 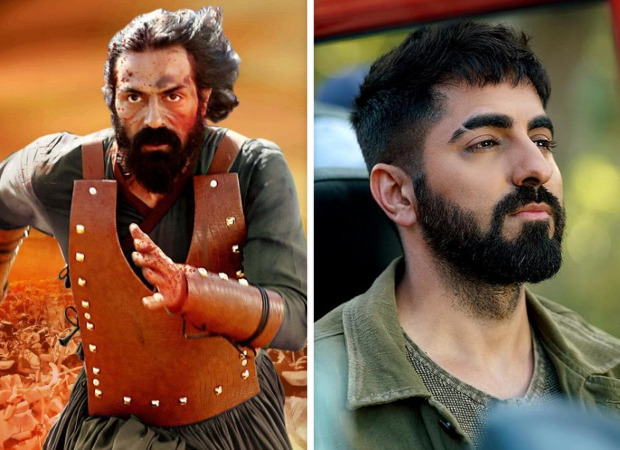 A trade source says, “Right now, there is very little hype and awareness about this film. But it can prove to be a surprise. It is based on an important chapter of Indian history which many are not aware about. A section of the audience is sure to watch this film in hordes. The makers have also planned to go for bulk bookings. So it’ll get healthy footfalls for the first few days after which the content will have to do the talking.”

The Battle Of Bhima Koregaon stars Arjun Rampal in the lead and he essays the role of Sidhnak Mahar, who, with the help of his army, bravely defeated the Peshwas in 1818. The other actors in this film include Digangana Suryavanshi, Govind Namdev, Milind Gunaji, Abhimanyu Singh, Krushna Abhishek and Yatin Karyekar. Sunny Leone also features in the film as a spy-cum-dancer. It is directed and produced by Ramesh Thete, an ex-IAS officer.

Interestingly, The Battle Of Bhima Koregaon will clash with Anek, which also releases on September 17. It stars Ayushmann Khurrana and is directed by Anubhav Sinha. It’s shooting is currently underway in the North East. Coincidentally, the last outing of Ayushmann Khurrana and Anubhav Sinha was Article 15 (2019), which like The Battle Of Bhima Koregaon, was also a caste-based film.

Also Read: Shillong youth gate-crash Ayushmann Khurrana’s hotel while he shoots Anek, the star leaves his dinner to meet them

Sallie Anderson
Sallie works as the Writer at World Weekly News. She likes to write about the latest trends going on in our world and share it with our readers.
Previous articleAquaman 2: Rumours suggest that Amber Heard has fired from the sequel of the Jason Momoa blockbuster
Next articleSargun Mehta and Ravi Dubey turn entrepreneurs with their next ambitious television show Udaariyan