Video: Miguel Oliveira receives the support of hundreds of bikers upon arrival in the Algarve

A couple of weeks back we had reported on how well-known TV personality Anushka Sen had built a rapport with cricketer MS Dhoin. In fact, in an exclusive chat with Bollywood Hungama, Sen who commands nearly 14 million followers on social media and will soon be seen making her debut with the ALT Balaji and ZEE5 series titled Crashh had opened up about the beautiful relationship they share. Now, Bollywood Hungama has learnt that Anushka Sen is all set to feature in a new advert with MS Dhoni. 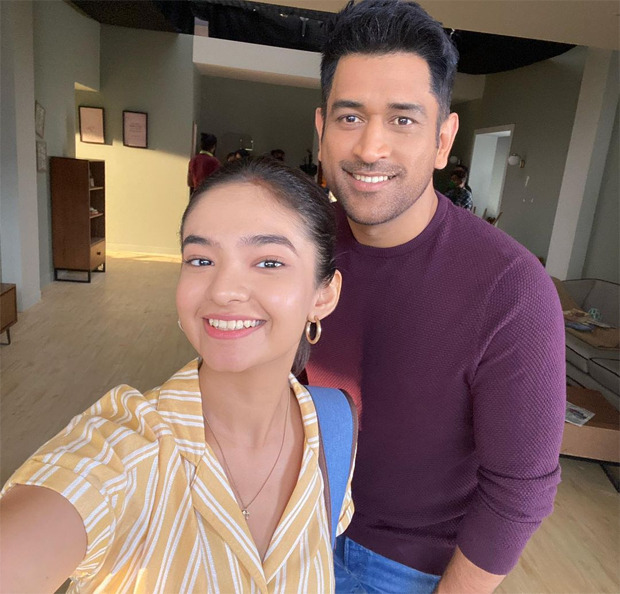 Confirming the same Sen took to her social networking profile sharing an image with Dhoni saying, “When Mahi Chachu & Chikki met in 2021. It’s always so much fun to meet youuu, from 2014 to 2021 and counting!! 16 advertisements with you Mahi Chachu, always a memorable experience @mahi7781 ???? Stay tuned for our new tvc for @orientelectric.”

While the new advertisement is apparently for Orient Electric, earlier on Sen had opened up about her relationship with Dhoni saying, “I always feel surreal when I meet him. The first time I met him, it was in 2014, so it was 7 years back. So, I was 12 and I was like ‘wow I am meeting MS Dhoni’ and he is captain cool and we have seen him on TV and he is always my favourite cricketer no matter what. He is from Ranchi; I am from Ranchi. So, I always had this excitement. The first time I met him I remember it was in his vanity van. The team was like before shooting why don’t you go and meet MS. I am like ‘really wow yay’. I met him and I am an extrovert. I like talking to people. I immediately connected with him and I told him I am from Ranchi, you are from Ranchi. We felt a connection, the best part is Mahi Chachu, that’s how I call him, it’s been so many years I have done 14 ads with him. From 2014 and now it is 2021, I have always called him Mahi chachu and he calls me Chikki, so it is always like a Chachu-chikki relation which we have.”

As for the new advertisement, both Anushka Sen and MS Dhoni have already shot for the same, and the ad is expected to air soon.

Sallie Anderson
Sallie works as the Writer at World Weekly News. She likes to write about the latest trends going on in our world and share it with our readers.
Previous articleBaahubali and RRR’s SS Rajamouli messages director Jeethu Joseph after watching Mohanlal’s Drishyam 2 — here’s what he said
Next articleTara Sutaria tests positive for COVID-19