Airtags: Everything We Think We Know About Apple's Tracking Gadget

Apple is working on a new product category that has been expected for months: the Airtags. What are airtags and what should you do with them? We explain.

Rumors and hints about Apple’s Airtags, which are being developed under the code name “B389”, have been circulating since at least August 2019. Apple has probably inadvertently officially confirmed its Airtags in April 2020 through a support video, which was quickly taken offline again. In the meantime, a lot is known about the small gadget with location function.

Apple Airtags are supposed to help you find everyday objects

Apple not only wants to help us in the future to find our iPhones, iPads, watches and Macbooks, but also other non-Apple products such as bags, purses and more. For this purpose, the group has a tracking product in the making that will not be larger than a two-euro piece. 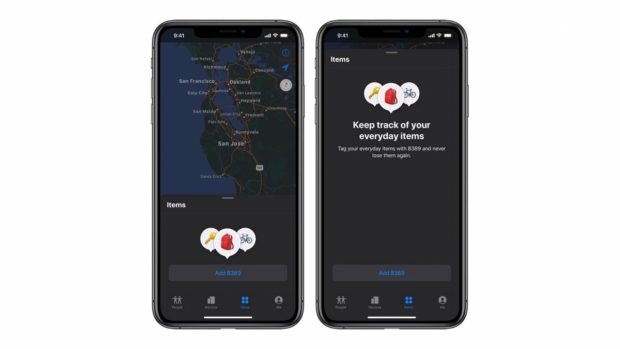 First clues about Apple’s tracking gadgets Airtags were discovered in the assets of iOS 13 in 2019 . (Image: Macrumors)

With the Airtags, Apple could really compete with the long-established manufacturer Tile. Using the small, square tile pucks, Bluetooth can be used to locate you and the object connected to it using the corresponding app. Apple’s round airtags are rumored to work more precisely than the Tile products.

According to the latest information, the more precise localization takes place via the U1 ultra-broadband chip. Apple announced this chip in 2019 with its iPhone 11 models, and it can also be found in the iPhone 12 series. Thanks to the chip, not only the approximate location of the lost item can be determined, but the exact position – even behind the closet or in the sofa.

The airtags should be able to be localized with the where-is app. (Screenshot: Apple / t3n)

The central contact point for locating the Airtags will probably be the “Where is” app announced last year. It is already able to locate iPhones, iPads, iPod Touch, Apple Watch, Macs and Airpods. For better spatial positioning, Apple could also make use of augmented reality and show the air day on your iPhone display using a camera in the room. With the help of 3D balloons on the display you should be guided in the right direction.

Even in the assets of iOS 13, additional features could be detected that are very likely to become part of the final product: Like the Airpods, the tags can be made to emit a beep to make them easier to find. They are linked to the iCloud by means of a proximity sensor: all you have to do is bring the day close to your iPhone, similar to the Airpods.

Owners can also be alerted if they move too far from an object equipped with airtags so that they do not forget it. This feature can be disabled in “safe” locations like home or the office, they say. Users should also be able to put an air day into a “lost mode”. This is intended to give the person who has taken possession of the lost object a notification to return it to the rightful owner. The prerequisite is that the person also has an iPhone and wants to return the lost item, reports 9to5 Mac.

Aside from locating lost objects, Apple may have other plans for its tracking plates, such as from patent sketches which Patently-Apple has opened.

Apple could have accessories such as key rings for its airtags in store to have. (Sketch: Patently-Apple, USPTO)

According to Apple’s patents, the tags could be used to trigger actions on other devices, provided they are close to the tag or in a certain position relative to it. As an example, the patent describes an air tag that is positioned in a lobby of a building: when a person enters the lobby, the air tag should recognize that the smartphone is within a certain distance from it. A map of the building is then automatically displayed on the smartphone.

The patents further describe that the airtags can be used in different modes: In the “normal operating mode”, the tag can save electricity and briefly communicate with one or more other devices to confirm the location and to transmit information about the status or location of the tag. In this way, the Airtags could regularly exchange information with other devices. In addition, a “lost mode” is intended to occur in response to an unexpected loss of communication between the Tag and one or more other devices. This function could enable the Airtag to pass an encrypted transmission privately through the devices of third parties in order to send information to the device of the owner.

Apple’s patent sketches also show how Tags could be positioned on a user’s body to monitor posture, track complete body movements, control a game or avatar, or watch body movements while exercising.

The patents initially only describe ideas as to how Apple could still use its Airtags. When or if these scenarios will ever become a reality remains to be seen. However, it shows that the airtags can be more than tracking chips for lost objects.

Sallie Anderson
Sallie works as the Writer at World Weekly News. She likes to write about the latest trends going on in our world and share it with our readers.
Previous articleShortly before the IPO: Coinbase announces quarterly figures
Next articleChris Pratt starrer The Tomorrow War to premiere on July 2 on Amazon Prime Video; reportedly sold for $200 million