Pooja Entertainment is producing a Punjabi socio-comedy Shava Ni Girdhari Lal. Helmed by Gippy Grewal, the film has show-stopping performances by lead stars in a story that both evokes laughter and tears.. It brings together 52 known Punjabi film actors on screen together for the 1st time in Punjabi cinema. The star cast includes the best of talents like Gippy Grewal, Neeru Bajwa, Himanshi Khurana, Sara Gurpal, Payal Rajput, Surili Gautam, Rana Ranbir, Gurpreet Guggi, Sardar Sohi, Honey Mattu, Raghveer Boli to name a few. The film has a very special role done by Yami Gautam. The film promises to deliver a larger-than-life cinematic experience. The film will be a visual treat for the audience! 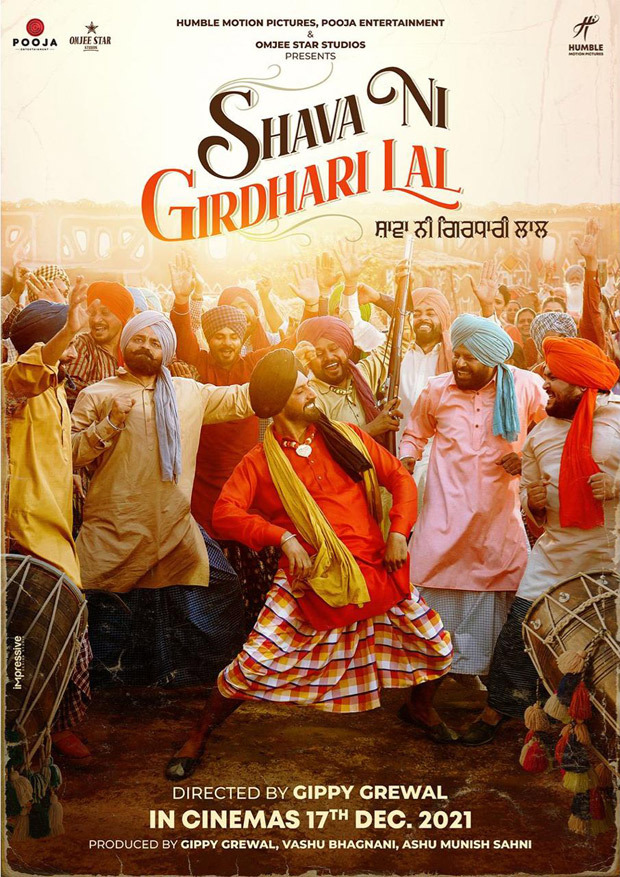 Vashu Bhagnani said, “Punjabi films have their own magic and charm happy to be associated with Gippy Grewal and Monish for Shava Ni Girdhari Lal .”

Gippy Grewal adds, “With films like Ardaas and Ardaas Karaan, gaining massive popularity, to make ‘Shava Ni Girdhari Lal’ with a producer who respects the source of my inspiration and the many layers of Punjab’s popular culture has been wonderful. This film is very close to my heart and I am very excited for the audience to see this vision turning into reality on the big screen.”

Shava Ni Girdhari Lal is produced by Gippy, with producer Vashu Bhagnani, and Ashu Munish Sahni under the banners of Humble Motion Pictures, Pooja Entertainment and Omjee Star Studios. The film is scheduled to be theatrically released on 17 December 2021.

Sallie Anderson
Sallie works as the Writer at World Weekly News. She likes to write about the latest trends going on in our world and share it with our readers.
Previous articleRanveer Singh and Alia Bhatt reluctant to kiss in Karan Johar’s Rocky Aur Rani Ki Prem Kahani
Next articleUrfi Javed shuts down trolls who advice her on ‘How To Dress’ with a savage reply – Watch Video