Excel Entertainment and Amazon Prime Video's upcoming sports drama – Toofaan, starring Farhan Akhtar, Mrunal Thakur, and Paresh Rawal in lead roles. The film is this year's most-awaited and anticipated one at that owing to its awe-inspiring story and ensemble cast. 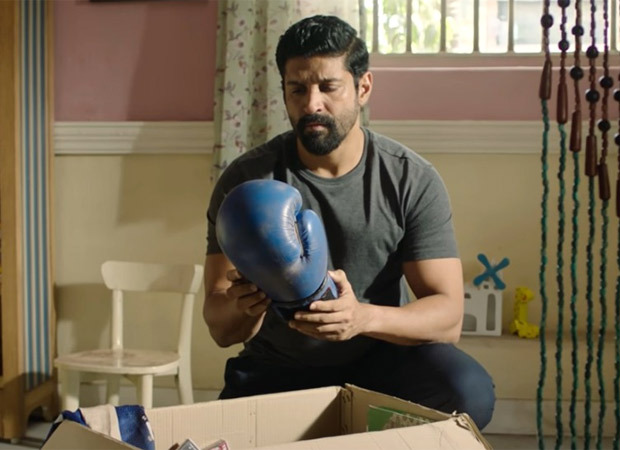 While the countdown to release day has started, Farhan fuels up the excitement even more with this buildup video. The first song titled 'Todun Taak' will drop tomorrow. Sharing a hint of this bomber track on his social media, Farhan shared, "To all those who are fighting their own battles; be fearless, be unstoppable- #TodunTaak. Song Out tomorrow at 11am. #ToofaanOnPrime"

Excel Entertainment and Dub Sharma collaborate once again for 'Todun Taak' – the anthem of Toofaan after the hugely successful anthem 'Apna Time Aayega' from Gully Boy. 'Todun Taak' is composed by Dub Sharma, lyrics and vocals are by D'Evil.

Toofaan will stream on Amazon Prime Video in India and across 240 countries and territories starting July 16th, 2021.

ALSO READ: “I was left with the potbellied look from Toofaan with all the gyms closed during the first lockdown”- Farhan Akhtar

Sallie Anderson
Sallie works as the Writer at World Weekly News. She likes to write about the latest trends going on in our world and share it with our readers.
Previous articleExclusive stories like onlyfans? This is what Instagram is planning
Next articleLisa Haydon gives birth to her third child; reveals the news on Instagram’s comment section