These books tell you more about the games industry

Follow the plan to convert the largest bitcoin fund into ETFs

The video game industry is a complex field of commerce, innovation, technology – and game mechanics. These books give you an insight into history, working conditions and game design.

As little interactive as books may be, there are some that appeal to you be able to give a well-founded insight into the games industry and branch. Because it already has, in its current form, a more than 30-year history that has gone through different phases.

Today games are a billion dollar market, which is determined by some gigantic companies. But even in the smaller studios, fascinating games are produced time and again that bring forth innovations. Hundreds of thousands of people work in these companies worldwide – not always under good conditions. Crunch is a keyword that keeps coming up in the games industry.

But marketing, game design and nostalgia also play a big role, if it’s about getting a better understanding of the video game market. So here is a list of books that go into different aspects of gaming and can give you an in-depth understanding of how this industry works. The list is of course not complete – but we will constantly expand it.

Game design, gamification or jobs – these books show you the games industry in more detail

Press Reset and Blood, Sweat and Pixels by Jason Schreier

Jason Schreier is a well-known games journalist currently working at Bloomberg. In his books, he discusses working conditions in the industry (Blood, Sweat and Pixels) and describes how large companies could go bankrupt while others found success (Press Reset). To do this, he spoke to many people from the industry, some of whom describe impressively what it is like to create games – and what grievances there are still in this industry.

The Art of Game Design by Jesse Schell

This book by Jesse Schell is a kind of standard work. He explains what good game design looks like, how it appeals to the players and which tricks can really make a game playable. The book is aimed primarily at people who are interested in developing a game themselves, but can also be read by those who are interested in understanding what actually makes a good game good.

Video games are already changing many other industries. With the so-called gamification, sometimes tedious tasks are made easier and more accessible through playful elements. Technologies and processes from the games industry also serve to make teaching more interactive and work more responsive. This book explains these relationships and explains why gaming should be an interesting topic for many companies.

Handbook of Games Culture by Olaf Zimmermann and Felix Falk

Are video games actually art? Are they really part of the culture? Also in Germany? The book by Olaf Zimmermann and Felix Falk addresses these and other questions. They also explain the influences of other media and arts such as film or theater. So if you want to learn more about the culture around gaming and its importance for a social discourse, you can access this book. 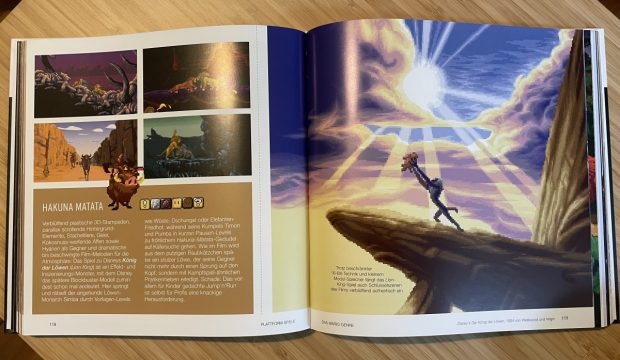 Many game series that are still popular today started many years ago. And decisions from back then, success and failure, often still influence the games industry today. In the artistically designed pixel books that are currently available for the SNES and Mega Drive, the authors go into individual games, describe their production and show high-quality screenshots. These books not only offer fans of games nostalgia something – they can also show why today’s games industry is what it is.

Things I Learned From Mario’s Butt by Laura Kate Dale

A video game character’s bum says a lot about the game – and about the people who developed the game. At least that is the thesis of the author Laura Kate Dale. It’s actually so obvious – literally: If you turn on a game, you sometimes stare for hours at the bottom of a character. Because the camera of many games is aligned in such a way that it shows the protagonist from behind, while the player inside controls them. Dale describes in an amusing but well-founded way what role butts actually play in the many video game worlds.

Adrian Ovalle
Adrian is working as the Editor at World Weekly News. He tries to provide our readers with the fastest news from all around the world before anywhere else.
Previous articleGoogle Search On: Mum is coming faster than expected
Next articleBREAKING: John Abraham-starrer Attack to release a week after Akshay Kumar-starrer Prithviraj, on January 27, 2022