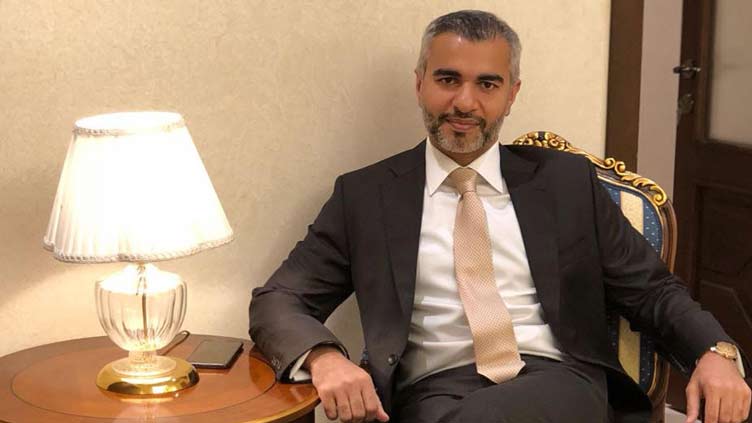 Businessman says he was later on blackmail and false deeds of money-laundering Were registered against his Federal Investigation Agency (FIA) under Shahzad Akbar after he refused to listen to demands made his former wife Sofia Mirza (Khushbakht Mirza) via former accountability minister.

The affidavit of Umar Farooq Zahoor lists the following four gifts he purchased a Diamond MasterGraff Tourbillon minute repeater with Mecca Map Dial GM2751, 2.12ct H IF and 2.11ct I IF Round Diamond Cufflinks GR46899 Men’s 7.20ct I VVSl Diamond Ring and Rose Gold Pen Set with Map of Mecca with diamonds and enamel.

Umar Farooq Zahoor, who ambassador at large for Republic of Liberia, says when he met Shahzad Akbar and saw the gifts, he immediately became interested, because these items rare and priceless.

“After authentication of in itemsI didn’t negotiate price. I paid everything that I was asked for as these gifts priceless. As soon since the payment was made Shahzad Akbar thanked me for purchase of Toshakhana gifts and asked me not to talk about it anyone. I agreed.” 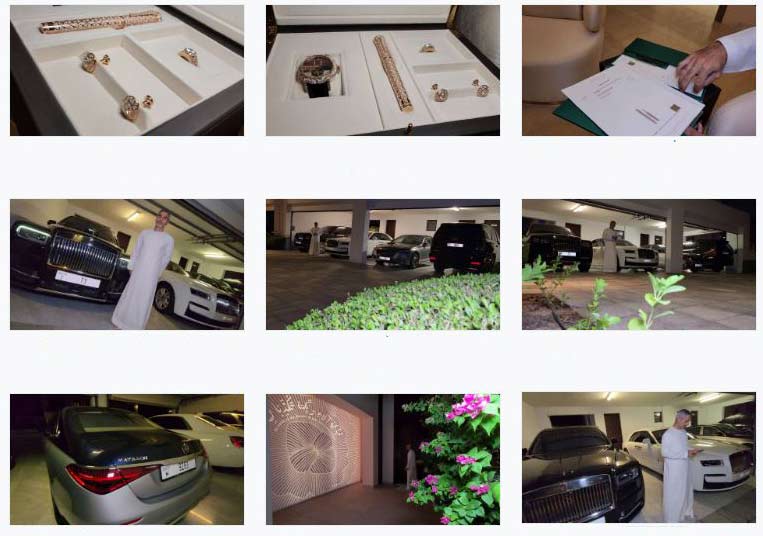 Umar Farooq Zahoor says that everything was quiet until Shahzad Akbar received in touch again and spoke on on behalf of of Sofia Mirza, Zahoor former wife, asking him to return their two daughters to Pakistan.

Umar Farooq Zahoor and Sophia Mirza were involved in court battles over guardianship of their twin daughters for in last 14 years or so. Shahzad Akbar, says Umar Farooq threatened him that if he did not send his daughters to Pakistan and settle the dispute with Sofia Mirza (Khushbakht Mirza) on her terms or face effects.

Umar Farooq Zahoor said: “I refused blackmail and campaign of terror was started against me from Shahzad Akbar. He used the Federal Investigation Agency (FIA) to file fake cases. of international financial crimes. Unfortunately my biggest mistake It was buy this is expensive watch me get labeled as a rich man and extortionist campaign began against to me using entirely government bodies, including the cabinet of former premier minister who gave full consent to Shahzad Akbar to persecute me. Interpol was misused trying to extradite me to Pakistan via Red Notice.

“Shahzad Akbar lied to the cabinet of Imran Khan and took permission to register false criminal cases on to me in collusion with my ex-wife Sophia Mirza. FIA corporate crime circle in Lahore also initiated an investigation against to me over accusations of fraud and money-laundering of about 16 billion rupees on a complaint of my ex wife who blackmailed me. My name has been placed on output control list (ECL); warrants without collateral in one of FIRs were obtained from the court without fulfilling legal requirements as well as on the foundation of said warrants without bail, my passport and CNIC were blacklisted and red warrants were issued through Interpol by National Crime Bureau (NCB) of Pakistan. for arresting me. I speak out now to say truth Pakistanis what of people this is who held high positions in Pakistan.”

PTI Chairman and former prime minister Imran Khan and his wife Bushra Bibi kept all 112 gifts worth 142.02 million rupees from Toshahana of government of Pakistan by paying less than 40 million rupees.

Imran Khan kept all 58 gifts he received over 3.5 years and this is also a share of in price. Khan allegedly paid the Pakistanis 38 million PKK. for gifts estimated at 140 million rupees. he didn’t pay for another 800 200 PKR worth of gifts. Shahzad Akbar and Sofia Mirza did not answer questions.

Derrick Santistevan
Derrick is the Researcher at World Weekly News. He tries to find the latest things going around in our world and share it with our readers.
Previous articleAftab Poonawalla should be executed if his allegations are true says Shraddha Walker father
Next articleJudge overturns Georgia’s six-week abortion ban