The box office is all set to see a clash next weekend between Salman Khan and Aayush Sharma starrer Antim: The Final Truth and Satyameva Jayate 2 with John Abraham. With just 8 days left for its release, the screen booking is going on full swing with Zee Studios (Antim) and AA Films (SMJ 2) trying to get the best possible showcasing for their respective films. And now, Bollywood Hungama has got a behind the scene picture of this clash. 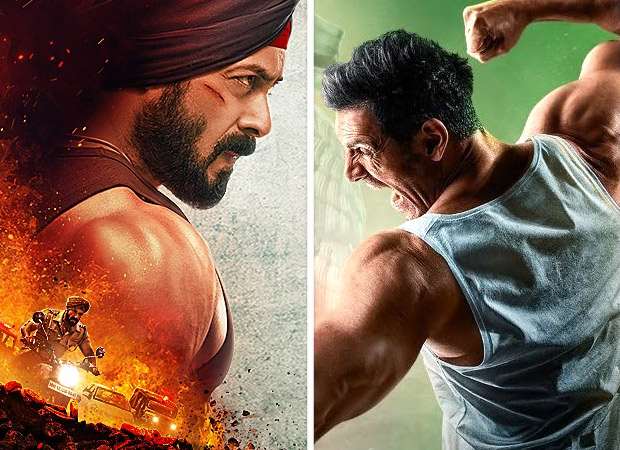 "AA Films are using their might and line up to bag maximum showcasing for SMJ 2 in single screens and the exhibitors too have agreed to favour the John Abraham film in mass belts. This has left Zee Studios with no option but to send an SOS to their biggest ace card, Salman Khan to step in and help them with showcasing. But obvious, Salman has instantly agreed and now, working with Zee to get best showcasing to Antim all across," a trade source informed Bollywood Hungama, adding further that Salman Khan is the biggest superstar by miles in mass belts of India with an audience pull like no one else, and hence, him speaking to core distributors will have an impact. "Unlike most in industry, Salman prefers to be involved in all aspects of film making - from prep to release. Hence, he doesn’t have an issue to step in and sort the issues. He is also planning to speak to Anil Thadani once and chalk out an equal distribution and release plan for both films."

According to the source, this will be sorted out soon, as Salman and Thadani will sort things out mutually, as neither wants to make things murky for anyone. Salman wants to ensure a very smooth release for both films, as he looks at this date as an opportunity for bringing the audience back to cinema halls.

This is the first time in the last 12 years that a Salman Khan film is facing issues in showcasing. "A Salman Khan film means records on all front - from showcasing to box office. But first time, exhibitors are little concerned because this doesn't seem like an out and out Salman Khan film. The songs are devoid of the superstar presence and after a power-packed trailer, Salman has been missing in action, suggesting an Aayush Sharma film with Salman in a supporting role. The confusion around Salman's track has led the exhibitors to think otherwise, resulting in film hype going down in trade," the source added.

Antim releases on November 26 and we shall know about exact showcasing only by November 22.

Also Read: “I was shocked, there’s been a huge transformation from LoveYatri to Antim” says Salman Khan on Aayush Sharma’s transformation

Sallie Anderson
Sallie works as the Writer at World Weekly News. She likes to write about the latest trends going on in our world and share it with our readers.
Previous articleAway from the buying frenzy! Green Friday and Circular Monday instead of Black Friday
Next articleShah Rukh Khan’s production Bob Biswas starring Abhishek Bachchan to premiere on ZEE5 on December 3, 2021