Cain: I used to have problems with rates in the past, but my wife's name is a lie

IT students handed over a lab at the University of Pannonia

Richa Chadha and Pratik Gandhi are all set to share screen for the upcoming web series Six Suspects. The duo will be seen playing investigating officers in the series directed by Tigmanshu Dhulia. Six Suspects is an adaptation of author Vikas Swarup's 2008 novel of the same name. The show has been produced by Ajay Devgn Ffilms and Reel Life Entertainment and will soon be streamed on Disney+Hotstar. 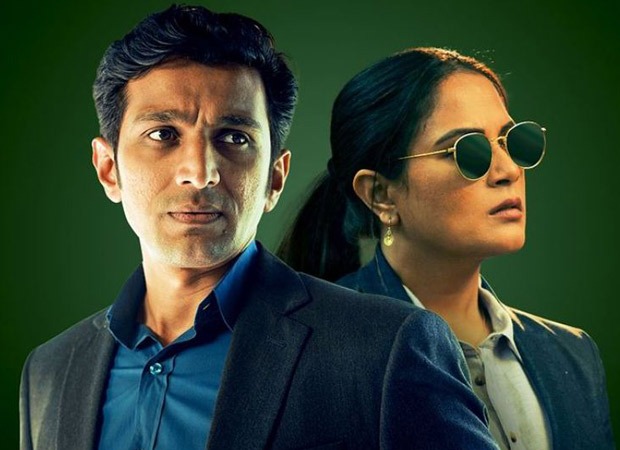 On Friday, Richa and Pratik took to their Instagram handles to share their first look as investigating officers in Six Suspects. Sharing the first look, Richa wrote, "The murkiest murder I have ever investigated. There are six suspects but very little time. Will I be able to solve this? Watch me on Six Suspects, a crime thriller all set to blow your minds. Coming soon on Disney+Hotstar!"

During a virtual event hosted by Disney+ Hotstar, Richa said, "My part in Six Suspects is extremely layered and complex. She is an upright investigating officer who is trying to make it work in the male-dominated investigation space... I have wanted to work with Tigmanshu Dhulia for a while, since Paan Singh Tomar. This is also based on a good book. So you will see a lot of shades in my character."

Talking about his character, Pratik said, "The genre is also something that I have not explored. I am sure the audience will see me in a new avatar. Even I was surprised with myself while I was shooting for the show because I have not played a part like this."

Sallie Anderson
Sallie works as the Writer at World Weekly News. She likes to write about the latest trends going on in our world and share it with our readers.
Previous articleCrypto-loo: This South Korean toilet pays for faeces with digital money
Next articleEXCLUSIVE: Operation Yemen makers accuse Captain India makers of plagiarism; claim that Akshay Kumar, Anil Kapoor, Paresh Rawal have shown interest in their film