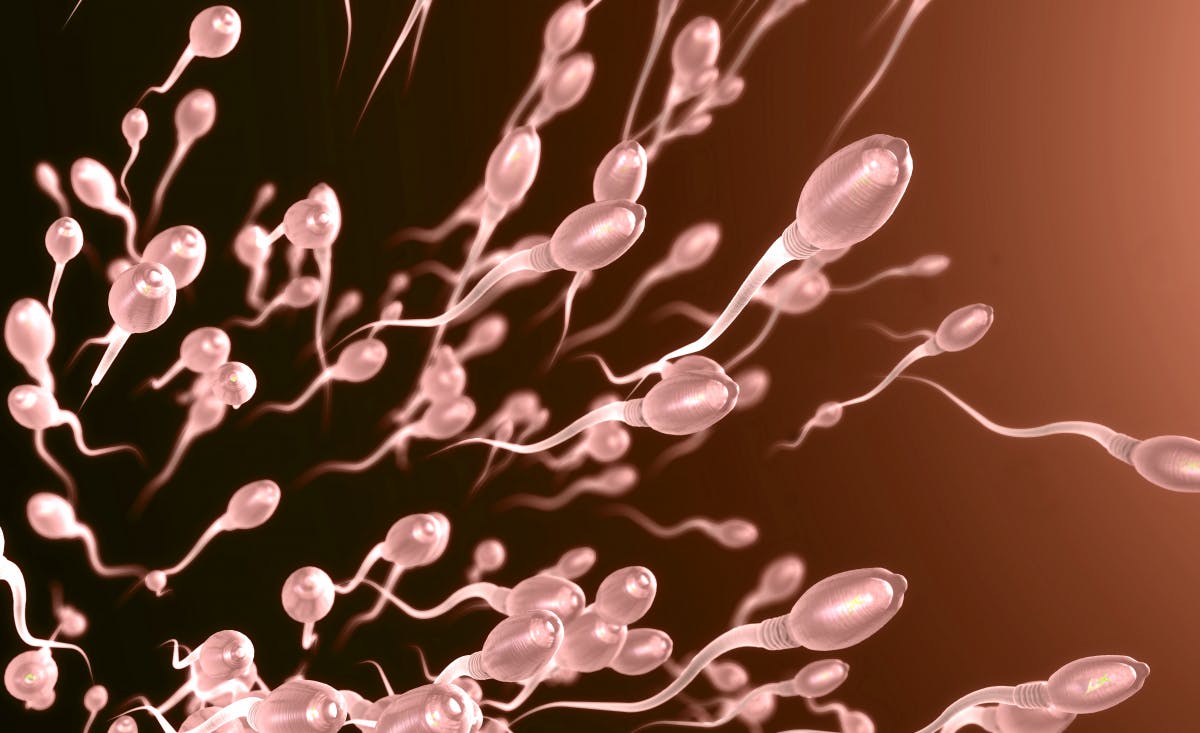 Remember Article
An experiment on the space station ISS has proven what scientists have previously doubted: sperm survives cosmic rays – and for a very long time. References to Mars colonization appear premature, however.

Astronauts brought cryopreserved mouse sperm to the International Space Station almost six years ago to test their resistance to cosmic rays. Now the second generation of mice has emerged from it. The scientists predict that such sperm will be stored on the ISS for around 200 years. However, the thesis that it lasts just as long on Mars and ensures reproduction during colonization is not true. However, it is a first step to ensure reproduction in exorbital locations, write the biologists in Science Advance.

Scientists have identified two problems of human reproduction on Mars, for example: microgravity and galactic radiation. The latter has high-energy particles (HZE) that cannot be shielded so easily even by spacecraft. They can cause DNA double-strand breaks that are difficult to repair. If multiple victims pass these mutated germ cells on to their offspring, according to the authors of the article, the species would become a different species in the medium term. In order to be clear about the real danger and the exact effects, the Japanese researchers started experiments.

In 2012, a group from the Advanced Biotechnology Center in Yamanashi sent the 24 best sperm samples from 66 male mice on the trip. Just as many stayed on earth for the comparison test. After nine months, another two years, and again three years and one month later, astronauts retrieved parts of the freeze-dried samples. The longest exposure to radiation was thus five years and ten months. Biological samples have never been on the ward for so long. The researchers have now confirmed that the animals that emerged from the irradiated sperm showed just as few anomalies as their earth siblings. This also applies to the following generation.

What the results say – and what not

The authors state that this type of sperm can be stored for a very long time and transported in space. The extraterrestrial storage of germ cells is one way of securing our genetic makeup over the long term. However, they also mention unanswered questions and limitations related to human reproduction on alien planets. Most of the media coverage of this research neglected this. The FD sperm used have a strong tolerance to radiation, because they do not receive any water within the cytoplasm.

The DNA damage from radiation is, however mostly generated by free radicals that arise from intracellular water molecules. Only the best sperm have been selected and subjected to a special procedure. In addition, the ISS orbits the earth at an altitude of 400 kilometers, i.e. still within the protective magnetic field of the planet. In the deep space, however, there is densely ionizing particle radiation, which can cause greater DNA damage. So to assume that the knowledge we have now gained can be transferred to Mars, as the Daily Mail did, is a bit premature. Further experiments will be scheduled when there is an unmanned station orbiting the moon – far away from the earth’s magnetic field.