Range of electric cars: the myth of incorrect range specifications

Encodya will be released this November 5 on Nintendo Switch

Corsair is also working on AIO cooler with integrated display

There are differences between the everyday range of electric cars and their range in the WLTP test cycle. This is well known and can even be read on the websites of the car manufacturers – and yet the topic is currently being exaggerated into a scandal in the media.

If you look at the number of clicks on daily newspapers, you will quickly see that accident reports are usually read many times more often than elaborately researched reports. The short message that an electric car has burned is spreading like wildfire in the Whatsapp groups of Germany’s bowling clubs. Nobody is interested in the detailed background report, in which experts and even fire service associations explain that electric cars do not go up in flames more often or faster than combustion engines.

Especially in the field of electromobility, it currently seems to be en vogue to give reports the spin that promise the most clicks or views. There is no other explanation for the fact that the public broadcasters, for example, have broadcast several “reports” on the subject of electromobility in the past few months, in which outdated data, questionable studies and incorrect conclusions are used.

While it is usually around CO2 emissions or batteries, another topic is currently causing a stir: the range. “The big range bluff in electric cars” was the headline of a news portal recently. The editor of a large German daily newspaper even let himself be carried away by the following tweet at the beginning of October: “ # Skoda gives the route up to 521 kilometers per battery charge. But I can only manage 350 to a maximum of 400 kilometers – a quarter less than promised. Isn’t that a case for the lawyer? “

When everyday range and WLTP range are mixed

At first glance it seems as if the editors are facing a tangible scandal are on the trail. At least this is what the wording suggests. You just have to imagine how big the outcry and surprise would be if it turned out that a Passat TDI consumes more in everyday life than the four liters per 100 kilometers that Volkswagen states on the website.

Wait a moment, there was something …

In the end – as is so often the case – an excitement message is written here that is not one. It is no secret that the WLTP test procedure (Worldwide Harmonized Light Duty Test Procedure) only serves to compare different vehicles. On the contrary.

The car manufacturers communicate quite openly that the actual range of an electric car in everyday life can vary greatly depending on the route profile and outside temperature. Audi even offers a “range calculator” on its website that shows how different parameters affect the range of the E-Tron. The same applies to the Skoda Enyaq iV mentioned above: 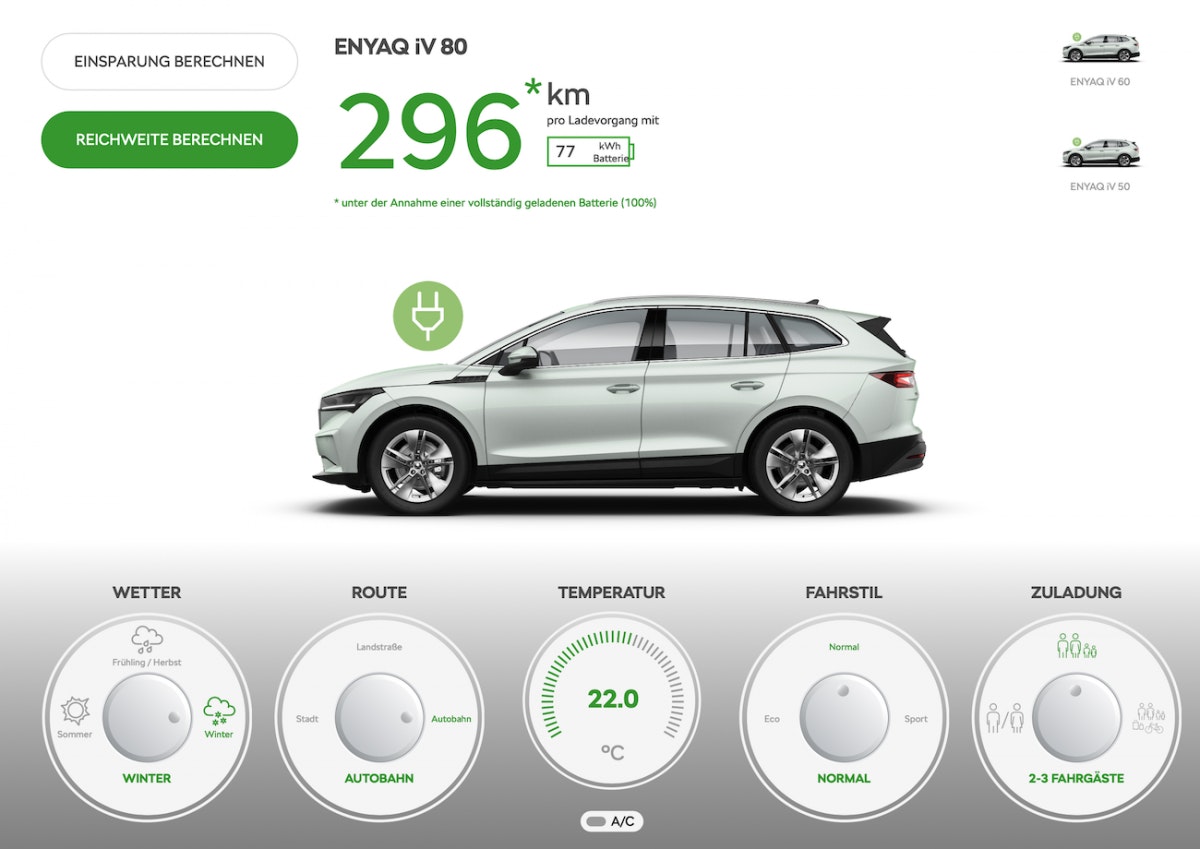 Yes, if the Skoda Enyaq iV is driven on the autobahn with two to three passengers in winter, the range drops from over 500 kilometers to less than 300 kilometers. This is physics – and neither “a case for the lawyer” nor a “bluff”.

A little more openness would do the mobility transition good

Somehow it’s ironic: In search of a tangible scandal, editors run all sorts of tests – and then come to supposedly surprising results, everyone can be read transparently on the manufacturers’ websites. Especially since the scandal isn’t one way or the other, because the same applies to the internal combustion engine: The driving style determines the actual consumption.

At the same time, this is also an example of the way in which the debate about the mobility transition is currently being conducted: cyclists are fighting against motorists. There is increasing resistance among cyclists to cargo bikes that take up too much space on the bike paths. Within motorists, the diesel group is fighting the electric car faction – and vice versa. And then there are the pedestrians, who feel restricted by both bicycles and cars.

So it won’t work with the traffic turnaround. We need less dogmatism from everyone (!) Involved – and significantly more openness and acceptance for the other side.

Sallie Anderson
Sallie works as the Writer at World Weekly News. She likes to write about the latest trends going on in our world and share it with our readers.
Previous articleThe news of the day straight to your inbox
Next article“Bitcoin is worthless” – says the head of the largest bank in the USA