The young driver Francisco Fernandes, 8 years old, will compete in this year of 2021 in the 65 cc class of the championship Spanish motocross to be the youngest Portuguese rider present in the competition in the neighboring country.

With five races still to complete on Spanish soil, the young Portuguese rider also known as Xico Patife will return in October to his walk through Spain, but he will restart his motocross season in Portugal as early as next weekend, running at the Águeda stage in the resumption of national competitions in the specialty. 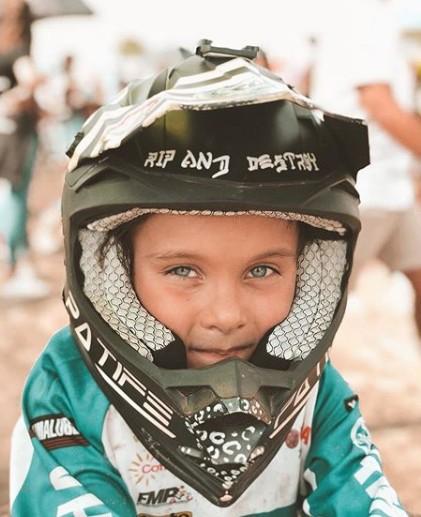 Born in Torres Vedras, the son of Cristiano Fernandes (decade national champion of Supermoto) is passionate about motocross having won the Extremadura Championship in the class of 50 cc in 2020 on your Yamaha.

But this year. the little Patife also wants to make his mark in the national speed championship (in the summer, he debuted with second place in a competition of the specialty) and in the flat track trophy.

Sandra Loyd
Sandra is the Reporter working for World Weekly News. She loves to learn about the latest news from all around the world and share it with our readers.
Previous articleThe dairy and “Parma” are the winning distance from the CL main tournament
Next articleThis fantastic fan-art combines Pokémon with Spirited Away