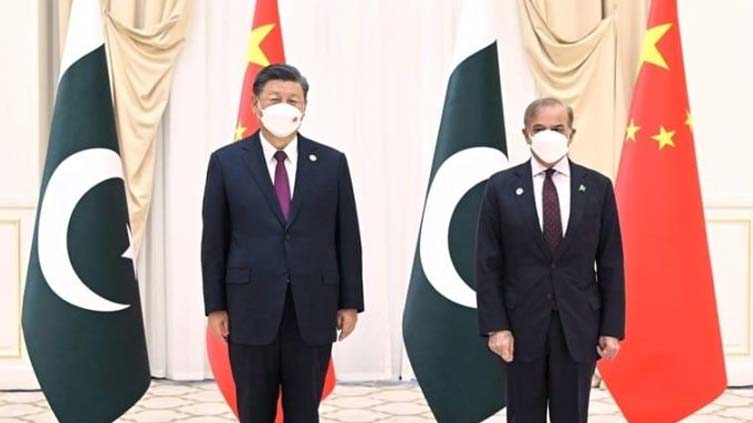 This was prime ministers first meeting with President of China since office in April.

During the bilateral meeting took place on aside of annual meeting of advice of heads of State of Shanghai Cooperation Organization, both leaders considered the whole gamut of bilateral relations and exchange of views on important regional and international questions of mutual interest.

This was prime ministers first meeting with President of China since office in April 2022.

The interaction of the two leaders was noted traditional warmth, as well as exceptional mutual trust and understanding.

In his welcoming speech, the President of China described Prime Minister Sharif as “a man of pragmatism and efficiency. He also added what prime minister was the leader with “a long-standing commitment to China-Pakistan friendship.”

He confirmed his personal resolve raise bilateral relations to a higher level.

Prime Minister Sharif extended his best Wishes to President Xi Jinping and the Communist Party of China for the upcoming 20th Congress of the CCP.

He stressed that the SCO is an excellent forum for translating their common vision and mutual values ​​into a concrete form. plans for regional cooperation and integration.

He said that the outpouring of sympathy and support from all over China was touching and true reflection of “unique friendship between China and Pakistan.

He expressed his condolences with President Xi over tragic loss of life and destruction caused earthquake in Sichuan Province on September 5, 2022, emphasizing that the Government and people of pakistan stood with China in in face of it’s a natural disaster.

Both leaders welcomed the signing of Protocol to the Framework Agreement on Railway project ML-1.

Prime Minister Sharif reaffirmed Pakistan’s consistent and unwavering stance. support To China on all questions of its main interests include Taiwan, Tibet, Xinjiang and Hong Kong.

He also thanked the Chinese government for support extended to Pakistan for its sovereignty and territorial integrity, FATF, national development of the COVID-19 pandemic and other areas.

Shares his views with President Xi on in international situation, prime minister emphasized that challenges like climate change, health pandemics and growing inequalities can only be solved through cooperation of all nations in conformity with UN Charter.

He praised President Xi’s visionary Belt and Road Initiative (BRI) and the Global Development Initiative (GDI), which called for for collective action for stable development as well as win-win results.

Both leaders confirmed their resolve to building Pakistani-Chinese community for Common Future in New Era.

prime minister renewed its invitation to President Xi Jinping to pay a state visit to Pakistan, stressing that people of pakistan searched forward give him a warm welcome.

Derrick Santistevan
Derrick is the Researcher at World Weekly News. He tries to find the latest things going around in our world and share it with our readers.
Previous articleFormer Punjab CM Amarinder Singh for join Bharatiya Janata next week
Next articleA Minute Guide to Her State Funeral on Monday