Pixel Buds A-Series tried out: Google's 99 euro earplugs can do that

On average, office workers can expect more than 2 days of telecommuting

Google has introduced a slightly stripped-down version of its Pixel Buds earplugs. The Pixel Buds A-Series cost only 99 euros and can be pre-ordered now. We were able to try them out beforehand.

Haunted since April the Pixel Buds A is already online – both times Google “accidentally” announced them themselves through marketing material. Now they are really official and, as previously leaked, look almost exactly like the 200 Euro Pixel Buds from 2020. However, in order to get the cheaper price, Google has put the red pencil here and there.

In terms of their design, the Pixel Buds A can hardly be distinguished from the 2020 models: They have the same design as the same size and fit. With the help of the stabilizing bow, among other things, they sit just as well and comfortably in the ear as the 200 euro version. 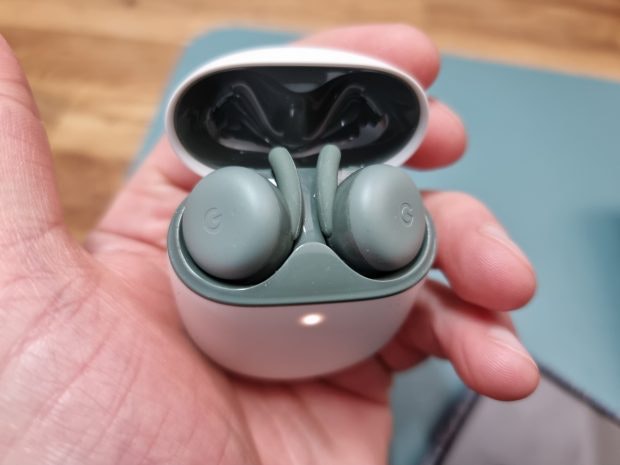 Google has not skimped on the drivers either: It appears that almost the same, “specially developed” twelve-millimeter ‑ Loudspeakers as used in the Pixel Buds. In a direct comparison, they sound similarly good, but the Pixel Buds A do not produce the slight noise that we complained about in the test of last year’s Pixel Buds. However, the drivers are not completely identical, as Google indicates in the statement: “The speakers are the same size and offer the same high-quality sound quality as the Pixel Buds at a lower price, which we were able to achieve with the speakers as well as with complex tuning the sound balance. “

With the help of the so-called hybrid design, the wearer is not completely shielded from the outside world, but the Buds A deliver a relatively powerful sound. Due to their design, the silicone inserts of the Buds A only gently seal the ear in order to exclude loud outside noises. The “clogged ear feeling” is reduced by means of a small opening and ambient noise continues to pass through.

Due to this structure, the earplugs insulate less than Samsung’s Galaxy Buds Pro or Buds Plus, but seal off better than Apple’s Airpods from the outside .

In contrast to the Pixel Buds, this is unfortunately not possible with the Buds A via the touch surface of the plug. Because Google has reduced the functionality of the touch gestures. You can still pause and resume playback using taps on the buds, answer a call or hang up, and jump back and forth on tracks. However, Google has replaced the swiping gesture for volume control on the Buds A with a Google Assistant voice command. Alternatively, you can control the volume via the connected device if you are uncomfortable with the voice command in public. 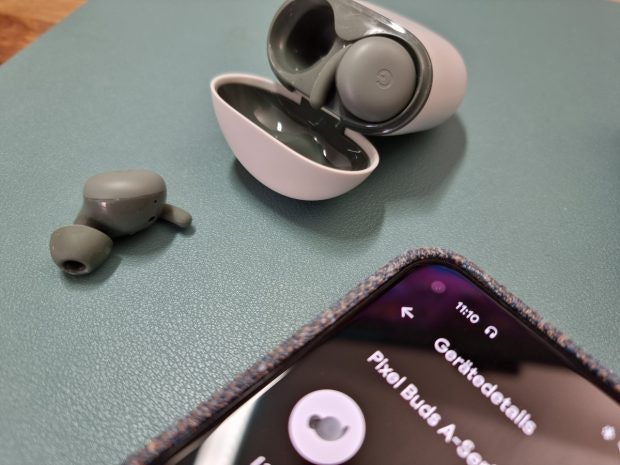 In order to be understood well by the assistant and when making calls, the Pixel Buds A has two integrated beamforming microphones. Instead of the two IR sensors on the Pixel Buds for carrying detection, Google has integrated an IR sensor into each of its Budget Buds. Despite the cost-cutting measures, Buds A will immediately recognize when you take one of the plugs out of your ear. The music playback is paused promptly and continued when it is inserted. With the Pixel Buds A, Google also saved the voice acceleration sensor, which can be used to register speech through the vibrations of your jawbone. According to Google, the Buds A’s beamforming microphones are sufficient to be understood while on the phone while on the move.

Pixel Buds A: Charging case can only be charged with a cable

Like the Pixel Buds, the cheap earplugs are resistant to water and sweat according to protection class IPX4. This means that they can also be worn during workouts and in rainy weather. The connection between smartphones or other devices is via Bluetooth 5.0 – according to Google, each of the two plugs is directly connected to the player.

The connection with Android devices from version 6.0 is conveniently established via Fast Pair, which is almost as elegant runs like the connection of Airpods with an iPhone. The buds are also integrated in Google’s “Find my device” so that you can find out the last location if you lost it. 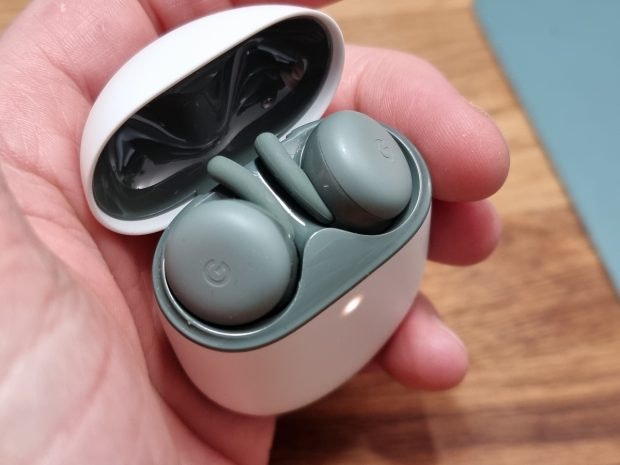 You can check the battery level of the individual Buds and the charging case in the Pixel Buds app and in the View settings. The charge status of all units is also shown in a pop-up message when connecting, which is quite practical. As far as the runtime of the plug is concerned, Google speaks of up to five hours for music playback, which sounds quite realistic. Depending on the volume of the media and the length of the phone call, the running time will be shorter. Non-stop calls are possible with the Buds for 2.5 hours.

You can use the charging case to recharge the plugs several times so that you can use them for up to 24 hours. In contrast to the more expensive Pixel Buds, the case itself can only be recharged by cable. 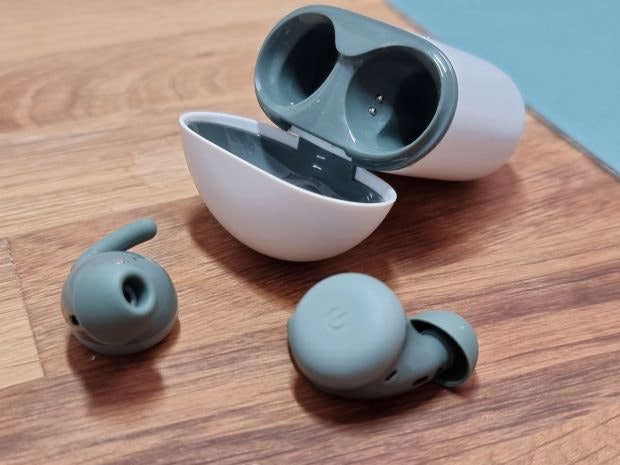 The new Pixel Buds generation will not replace the Pixel Buds introduced last year, but complement them. With the addition of “Series A” to the name, Google has included the upcoming earplugs in its budget line, which currently consists of the Pixel 4a (test) and Pixel 4a 5G smartphones.

The pixel smartphones already showed that Google has a knack for putting the red pencil in the right places. The Pixel smartphones have about the same excellent camera as the current top model Pixel 5 (test) and a three-year warranty for Android updates, but Google has opted for cheaper materials and waived wireless charging.

It looks similar with you Pixel Buds A-Series: Google has largely retained the design, comfort and even the sound. However, Google has dispensed with wireless charging and the convenient volume control via swiping gestures. The overall package that Google has put together with the new earplugs is quite attractive for the price. According to Google, the earplugs can now be pre-ordered in the colors white and olive for 99 euros and should be available “soon”.

Derrick Santistevan
Derrick is the Researcher at World Weekly News. He tries to find the latest things going around in our world and share it with our readers.
Previous articleThey're trying to figure out which game this old and lost Nintendo 64 cartridge is from
Next articleGalaxy Book Go: Samsung introduces entry-level notebooks with Snapdragon chips