Hillary Clinton warns that bitcoin could replace the dollar

With the Surface Duo 2, Microsoft is relaunching its Android device with two displays. The new version has many of the features of a modern smartphone on board and is now available in Germany.

In the first version of the Surface Duo (test), Microsoft made too many compromises that made the 1,500 euro device not worth the price. The camera was not convincing, the processor was outdated and the adapted software was immature. With the Surface Duo 2, the manufacturer is improving in many areas. 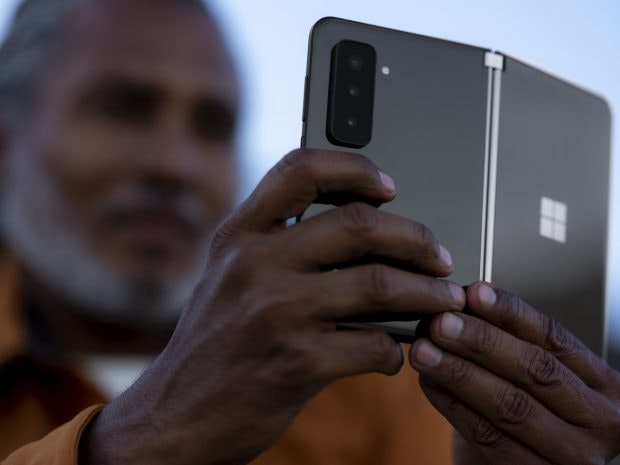 In terms of design, the Duo 2 is on the first model oriented. It still has the dual display design with a central hinge and can therefore be folded like a book. The new generation has a slightly larger display: Instead of two 5.6-inch screen halves, 5.8-Amoled-inch displays with 1,344 x 1,892 pixels each are used. When unfolded, it creates an 8.3-inch display with 8.3 inches and 2,688 x 1,892 pixels. In addition, the screens should be brighter than those of the first Surface Duo with a peak of 800 nits.

Another new feature is the adaptive 90 Hertz refresh rate, which is not quite close to 120 on the new Surface laptop -Studio and Pro-8 models. Nevertheless, the development is to be assessed positively. The halves of the display are also protected by Corning’s currently most robust gorilla glass Victus, which is also used in the top models of the smartphone world. 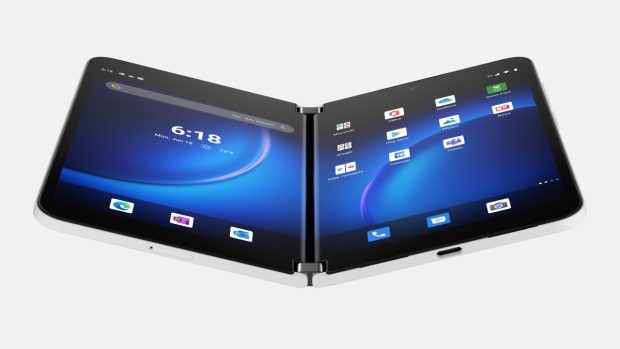 The displays of the Microsoft Surface Duo 2 are slightly larger than those of the first model. (Photo: Microsoft)

The processor choice has to be positively emphasized: While the first model already featured a very old Snapdragon 865, Microsoft is now using Qualcomm’s currently most powerful Snapdragon 888 processor, which is supported by eight gigabytes of DDR5 RAM and optionally with 128 to 512 gigabytes of flash memory. In addition, Wi-Fi-6 802.11ax, Bluetooth 5.1 and an NFC coil for contactless payments with Google Pay are on board. Unfortunately, Microsoft had spared itself fast WLAN according to 802.11 ax and NFC with the first model. And: The fast 5G radio standard is now also involved.

Microsoft has given the Surface Duo 2 a triple camera 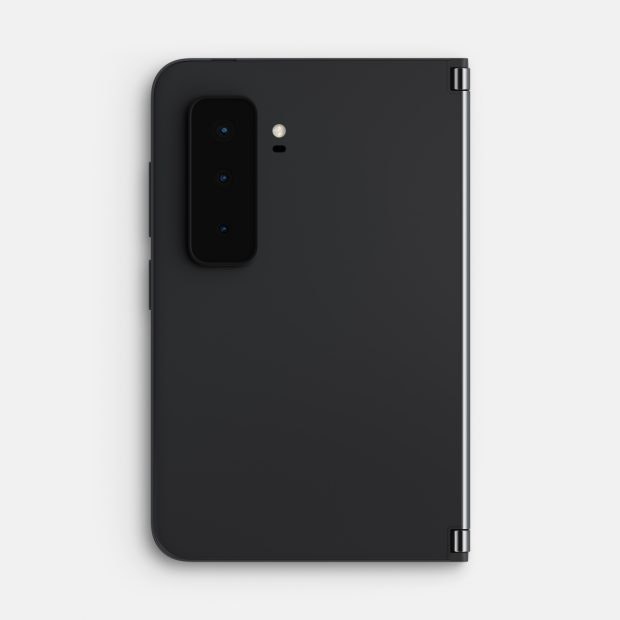 That a good camera for a 1,500 euro device ät has a certain relevance, Microsoft also seems to have noticed after the mediocre notch was not well received in the first duo. In the new model, the manufacturer relies on a triple cam with a twelve-megapixel wide-angle sensor. The camera has a very bright f / 1.7 aperture, 1.4 μm pixels, dual-pixel PDAF and optical image stabilization (OIS). The telephoto camera also uses a twelve-megapixel sensor with an f / 2.4 aperture, 1.0 μm pixel. The telephoto zoom camera also has PDAF, OIS and double zoom. The third in the group is an ultra-wide-angle camera with 16 megapixels, f / 2.2 and a very small 110 degree viewing angle. A camera with twelve megapixels and f / 2.0 aperture is located above the inner display for selfies. 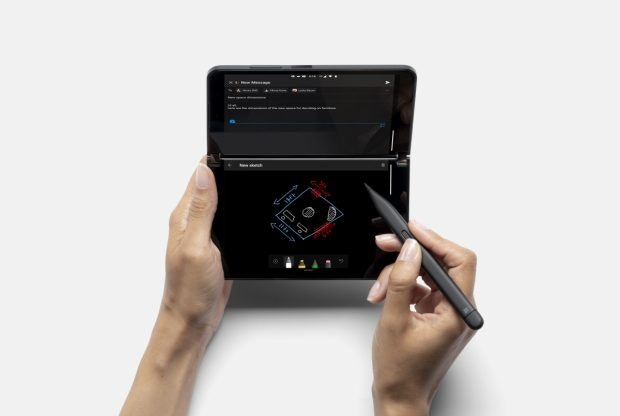 At 5.5 millimeters, the Surface Duo 2 is also slightly thicker than the first duo, which was 4.8 millimeters thin. Due to the slightly thicker housing, Microsoft was able to use larger batteries. Instead of a nominal output of a relatively meager 3,577 mAh, the new model has a 4,449 mAh battery that can be charged with 23 instead of 18 watts. Wireless charging is not on board the 284 gram device.

According to Microsoft, the new Surface Duo 2 will still be delivered with Android 11. Updates to versions 12, 13 and 14 are secured in view of the update promise from last year. Unfortunately, Microsoft is not among the fastest with updates: The first duo is still waiting for Android 11.

Since October 21, the Surface Duo 2 has been available in the colors Glacier (white) and the new Obsidian ( Black) available in Germany. The price is still tough: For private users: inside starts at 1,599 euros , corporate customers pay from 1,649 euros.

Sandra Loyd
Sandra is the Reporter working for World Weekly News. She loves to learn about the latest news from all around the world and share it with our readers.
Previous article10 years since the first Nintendo Direct in history
Next articleFacebook announces changes in targeting and ad measurement

French researchers have developed a chatbot that will convince anti-vaccines