Making the marginalised mainstream: Taapsee Pannu announces the release of ‘Vulnerable’ in India

After making India proud with the world premiere of the short film 'Vulnerable: Scars That You Don't See' at Milano Fashion Week, actor Taapsee Pannu announced its release in India through her social media handle. A collaboration of creative powerhouses Shabinaa Khan and Kulsum Shadab Wahab, the short film now streams over YouTube. 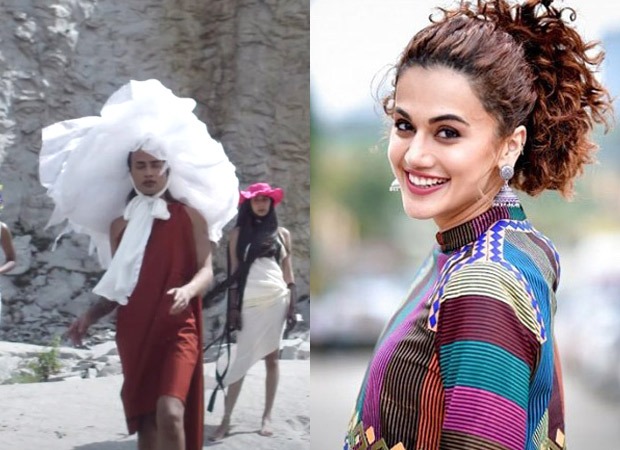 Following the acclaim and love the short film received in Milan, it now debuts on the video-sharing platform. Premised on breaking binaries, the film advocates inclusivity and equality. It is the first Indian short film made on decategorising the regimented standards of beauty. It features people of diverse ethnicities, races, and acid attack survivors of Hothur Foundation.

Kulsum Shadab Wahab, Executive Director Hothur Foundation and founder Ara Lumiere says, "We are born into a world where everything is mapped out by those before us. That world doesn’t exist anymore and its rules of separation don’t apply. Vulnerable is our manifesto of freedom and inclusion. Through the power of ‘art’ and ‘equity’ we can manifest a world of compassion, love, and understanding.”

Film producer Shabinaa Khan says, "How often have we second-guessed our decisions because of who we think we are? The labels assigned to us limit our expression and existence. Through Vulnerable, we want to celebrate individuality and make inclusivity the status quo. I hope viewers revel in the new age of freedom."

Sallie Anderson
Sallie works as the Writer at World Weekly News. She likes to write about the latest trends going on in our world and share it with our readers.
Previous articleTrending Hollywood news today: BTS’ Jungkook’s candid confession about My Universe with Coldplay, Will Smith confirms open relationship with Jada Pinkett Smith and more
Next articleShweta Tiwari hospitalised due to weakness and low blood pressure