A major fire broke out in ND studios near Khalapur in Raigad district of Maharashtra on Friday. The studio is owned by leading art director Nitin Desai. Reportedly, the fire erupted at around noon and no casualty has been reported so far. 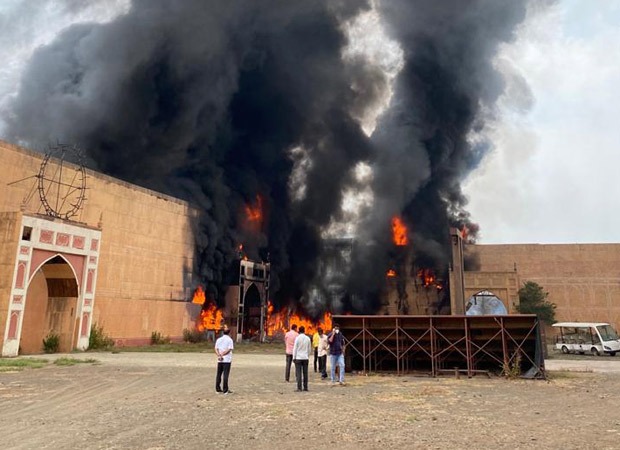 The fire broke out on the sets of Asutosh Gowariker's film Jodhaa Akbar which starred Hrithik Roshan and Aishwarya Rai Bachchan. Though the film was released in 2008, the set was kept intact. As per officials, plywood, PoP and other things were gutted in the fire. Soon after the fire was reported, fire fighting vehicles from the neighbouring regions were deployed to douse the flames. The officials are trying to figure out what caused the fire.

The studio authorities had kept the set of the film intact even years after the release of the film and was the prime attraction for the visitors. ND Studio has been used to shoot several Bollywood films including Bajirao Mastani, Kick, Prem Ratan Dhan Payo, and others. The reality show Bigg Boss has also been shot at ND Studios.

ALSO READ: Massive fire breaks out on the sets of Prabhas and Saif Ali Khan starrer Adipurush; no injuries reported

Sallie Anderson
Sallie works as the Writer at World Weekly News. She likes to write about the latest trends going on in our world and share it with our readers.
Previous articleFind your future job while gaming
Next articleAbhishek Bachchan is all set to join the ‘I Breathe for India Covid Crisis Relief’ drive on Sunday to help raise funds for COVID relief