Apple has presented its long-awaited top models of the Macbook Pro series. The macOS notebooks have not only received a redesign, but are also equipped with a new generation of in-house ARM processors, which are supposed to outperform the M1 chips in terms of performance.

The Californian technology giant has chosen a symbolic time to present its new Macbook Pros: In October 1991, the company unveiled its first Powerbook at Comdex, which is considered the first modern notebook. With the new MacBook Pros, Apple apparently wants to open a new chapter as it did three decades ago.

The heart of the new Macbook Pro models are two new processors, which Apple calls the M1 Pro and M1 Max and are each manufactured using the 5 nanometer process. According to Apple, the M1 Pro chip delivers 200 Gbit / s performance, three times that of the M1. The number of transistors has also been doubled to 33.7 billion. The chip delivers 70 percent more performance than the M1 and even twice as much in the graphics area.

The key data of the M1 Pro-Chip. (Image: Apple)

The M1 Pro has ten CPU cores, which are made up of eight performance and two efficiency cores. The GPU has 16 cores, twice the number of the M1. The main memory supports up to 32 gigabytes of RAM.

The key data of the M1 Pro-Chip. (Image: Apple)

The M1 Max is even more powerful and supports up to 64 gigabytes of RAM. According to Apple, the Max chip delivers twice the performance of the M1 Pro by doubling the memory bandwidth of the M1 Pro to 400 GB / s. This was expanded to GPU 32 cores with 4,096 execution units and four times the GPU performance of the original M1. The M1 Max has 57 billion transistors, making it the largest chip Apple has made to date. Thanks to the new chip, up to four external screens can be connected to a Macbook Pro

Apple has not only stepped up in terms of performance: The manufacturer promises that the new M1-Pro and M1-Max Chips offer up to 1.7 times better CPU performance per watt – both in comparison to the regular M1 and to unspecified PC laptop chips with four and eight cores.

During the presentation, Apple further emphasized that machine learning algorithms can be processed up to 20 times faster than with the best i9 processors. 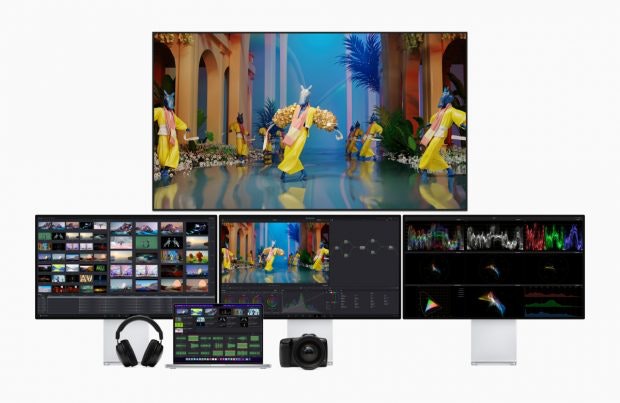 The design of the new Macbook Pro looks a bit rounder, but still reminds of the classic look. If you open it, you can see far fewer frames, but a notch like on the iPhones. Instead of a FaceID system à la iPhone, it only houses a 1080p webcam. As previously leaked, Apple is replacing the 13-inch model with a 14-inch variant. The 16-inch model remains. Both devices, however, have new mini LED screens with a maximum brightness of up to 1,600 nits. 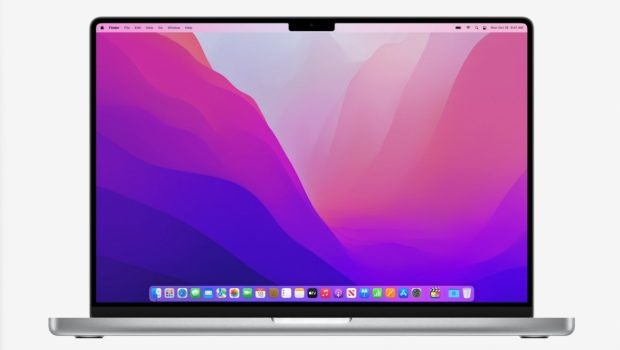 Macbook Pro (2021): Touchbar is out, more connections are in 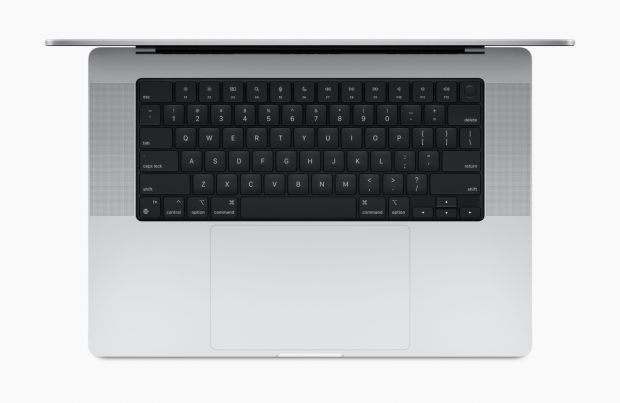 Pro users: inside, apart from the powerful chips and the bright display, there is also a certain number of connections be happy. Because in addition to three USB-C ports with Thunderbolt 4, Apple is bringing back HDMI and Magsafe-3 connections. The latter should also charge the devices faster than before. In addition, the manufacturer has even revived an SD card slot that fell victim to the 2016 MacBook Pro model. Apple kicked out the unpopular touchbar. For the sound, the manufacturer has integrated an audio system with six speakers, which is supposed to deliver 80 percent more bass. 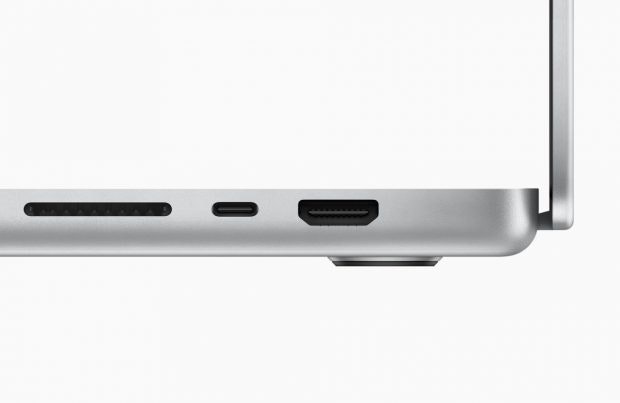 As far as the connection options for external displays are concerned: Up to two Pro displays can be connected to computers with the M1 Pro Chip -XDR and with the M1-Max-Chip up to three Pro-Display-XDR and a 4K television can be connected at the same time. For the wireless connection, the MacBook Pro offers Wifi 6 (802.11 ax) and Bluetooth 5.0. 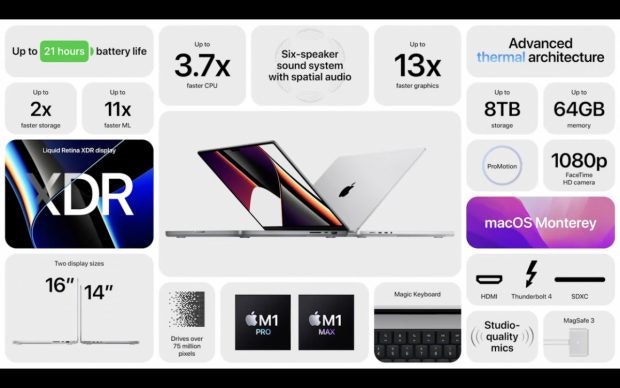 Despite the massive increase in performance, the Macbook Pros should last significantly longer: Apple speaks of up to 17 and 21 hours of video playback. If the computers should need power replenishment, they support fast for the first time. The battery should be able to be charged to 50 percent within half an hour.

How expensive are the new Macbook Pro models?


The new MacBook Pro models with M1 Pro and M1 Max can now be ordered on the Apple website and in the Apple Store app. They should be delivered from Tuesday, October 26th. The prices for the new 14 inch model start at 2,249 euros. The 16-inch MacBook Pro starts at 2,749 euros. The 13-inch model with M1 chip introduced last year is still available from 1,449 euros.

Tyler Hromadka
Tyler is working as the Author at World Weekly News. He has a love for writing and have been writing for a few years now as a free-lancer.
Previous articleApple extends the battery life of the Airpods 3 and makes the Homepod Mini more colorful
Next articlemacOS Monterey releases October 25th: These Macs are compatible

What impact will the unfolding livelihood crisis have on the IT sector?