Steinberg 21 points in a painful loss to Galatasaray; Vītola and Olympiakos win the FIBA ​​Eurocup match

At the current Airshow China 2021, the People’s Republic is showing its space capsule of the future. It has even been in space.

China shows how the country is shaping the future of the future with its ambitious space program introduces manned space travel. The as yet unnamed space capsule will be presented to the public for the first time at the Airshow China 2021 in the city of Zhuhai in the province of Guangdong. The first thing you notice is that the capsule is much larger than the previous Shenzhou spaceship.

“The new generation of manned spacecraft is designed to meet the needs of our future manned lunar exploration and operation of space stations. The new generation of manned space transporters, which has already been tested, can carry six to seven astronauts, while our Shenzhou spacecraft can only take three astronauts, ”explains Huang Kewu of the China Aerospace Science and Technology Corporation (CASC) to the state broadcaster China Central Television ( CCTV). 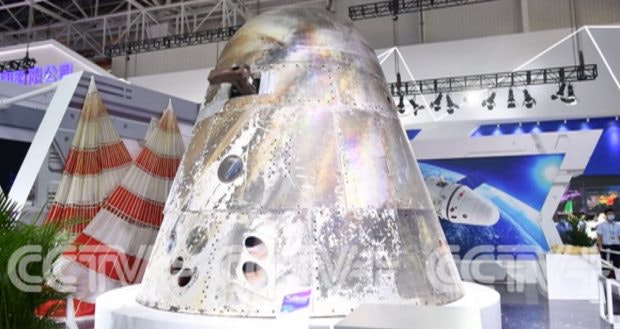 With a launch mass of 21.6 tons, the next-generation manned space capsule is China’s largest spacecraft to date. It should not only be more reliable and safer, but above all also reusable.

The capsule has already proven its suitability. She was sent into space in March 2020, where she stayed for three days and carried out numerous scientific and technical experiments.

China sees itself at the level of international competition

“We have made significant breakthroughs in thermal protection and precision control for the return and achieved re-entry as well as engine design and undamaged landing. The achievements in the field of technologies for manned space travel have enabled us to catch up with the international pacemakers in terms of technology. That creates a solid technological basis for our future manned lunar vehicles, ”Huang is certain.

The new space capsule is not only suitable for the transport of a human crew. In addition to a living area for up to six crew members, the capsule has a cargo hold for transporting various payloads.

WorldWeeklyNews
Previous articleTesla has already made $ 1 billion in profit from Bitcoin
Next articleTesla shareholders angry: Criticism of corporate management is increasing