Dragon Ball: The Breakers will get closed beta next month

Warner Bros. Pictures is set to re-release The Matrix (1999) on December 3, 2021, ahead of The Matrix Resurrections release in cinemas on December 22, 2021. In 1999, when The Matrix was released, the world wouldn’t have guessed how influential the Wachowskis siblings’ Keanu Reeves-starring action movie would turn out to be. And today more than 2 decades later, we already know about the Legendary status the film carries. 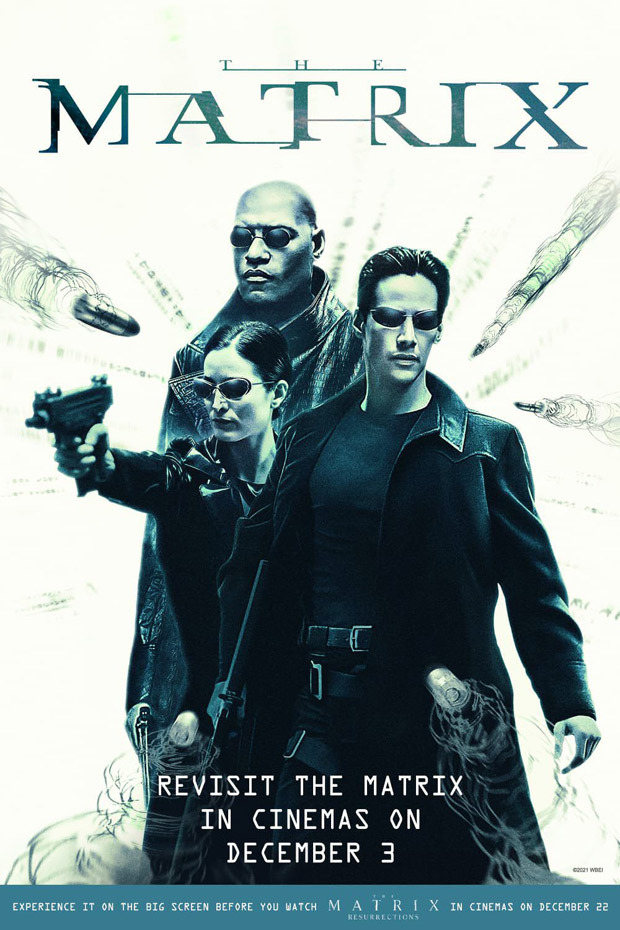 This is the film that started all the trademarks of a Matrix movie; the green-black color palette; the ‘bullet’ shots; the futuristic glasses. In it, Keanu Reeves plays Thomas Anderson, a computer programmer who realizes that life is just a re-creation to mask an ongoing conflict between humans and Artificial Intelligence in the ‘real’ world. When he learns to manipulate this, stuff starts to happen.

So before The Matrix Resurrections releases in cinemas, it will be a treat for the fans to witness The Matrix on the big screen on December 3. It is also a chance for fans who haven’t seen the film in the cinema, to experience the cult masterpiece in today’s modern cinema screens with massive sound and visual boost. There would be no better time to remind yourself again which pill to choose.

ALSO READ: Ranveer Singh’s ’83 and Keanu Reeves and Priyanka Chopra starrer The Matrix Resurrections to clash at the Box Office this Christmas

Sallie Anderson
Sallie works as the Writer at World Weekly News. She likes to write about the latest trends going on in our world and share it with our readers.
Previous articleAmazon: Apparently, purchases from Kanye West & Co. spied on
Next articleJustin Bieber urged to not perform Formula One Saudi Arabia show by Jamal Khashoggi’s fiancée