Earlier today, it was confirmed that actor Kartik Aaryan has been ousted from Karan Johar's Dostana 2 citing unprofessional behaviour. It also came to light that Karan Johar's production house Dharma Productions will no longer work with Kartik in the future as well. The reason stated behind this decision is a fallout between Karan and Kartik. Along with the creative differences, it has also been reported that Janhvi Kapoor and Kartik have had a fallout. 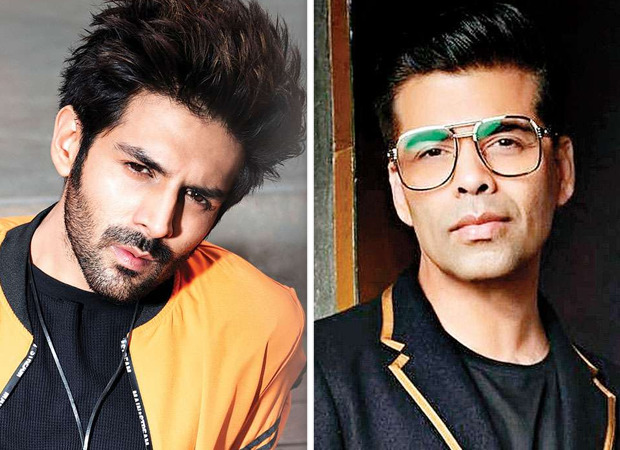 Reportedly, problems first surfaced when Kartik Aaryan expressed displeasure with the second half of the film after shooting for 20 days for the film. Karan was not happy with this as Kartik had signed the film after listening to the entire script. It is learnt that the makers had shot for a total of 24 days for the film directed by Collin D'Cunha. Of these 24 days, Kartik shot for 20 days. Reportedly, the recasting will cost Dharma Productions a whopping amount of Rs. 20 crores.

A source tells us, "The reason for Kartik Aaryan to not continue with the film as stated by him is the creative differences after one and a half years and completing over 20 days of the shoot. This has never happened in the history of Dharma where an actor has walked out of the film for creative issues. Dharma has decided not to work with him in the future."

Dostana 2 stars Janhvi Kapoor and will also be the launch vehicle for debutante Lakshya. The movie is the sequel to the 2007 hit film Dostana starring Priyanka Chopra, Abhishek Bachchan,and John Abraham. The film had done wonders for the careers of all three actors back then.

Sallie Anderson
Sallie works as the Writer at World Weekly News. She likes to write about the latest trends going on in our world and share it with our readers.
Previous articleParineeti Chopra starrer Saina to premiere on Amazon Prime Video on April 23
Next articleIndian Idol 12: After Pawandeep Rajan, Ashish Kulkarni tests COVID-19 negative; here’s the latest update on when they will perform