Is it possible to improve the Maybach GLS 600? Brabus proves that yes

The Brabus 800 GLS Maybach is a luxury SUV designed for those who often travel in the back. But now it can do it at 300 km/h

The SUV format may seem a little weirder than usual in a model with more luxurious ambitions, but the truth is that this one too segment continues to walk in this direction. As has already happened with several other Bottrop proposals, however, Brabus thought it could still improve this Maybach GLS 600 4Matic by transforming some elements, replacing others, but, above all, integrating all its experience in an even more luxurious and exclusive.

The result is this new Brabus 800 GLS Maybach, a luxury SUV, equipped with a four-liter V8 engine with a Brabus performance upgrade that leaves it with 800 horsepower, achieved at just 6000 rpm, and an incredible 950 Nm of torque, perfect for powering the 4Matic all-wheel drive system. According to values ​​provided by Brabus, its new 2.8-tonne “800” can accelerate from 0 to 100 km/h in just 4.5 seconds and the top speed is electronically limited to 300 km/h. 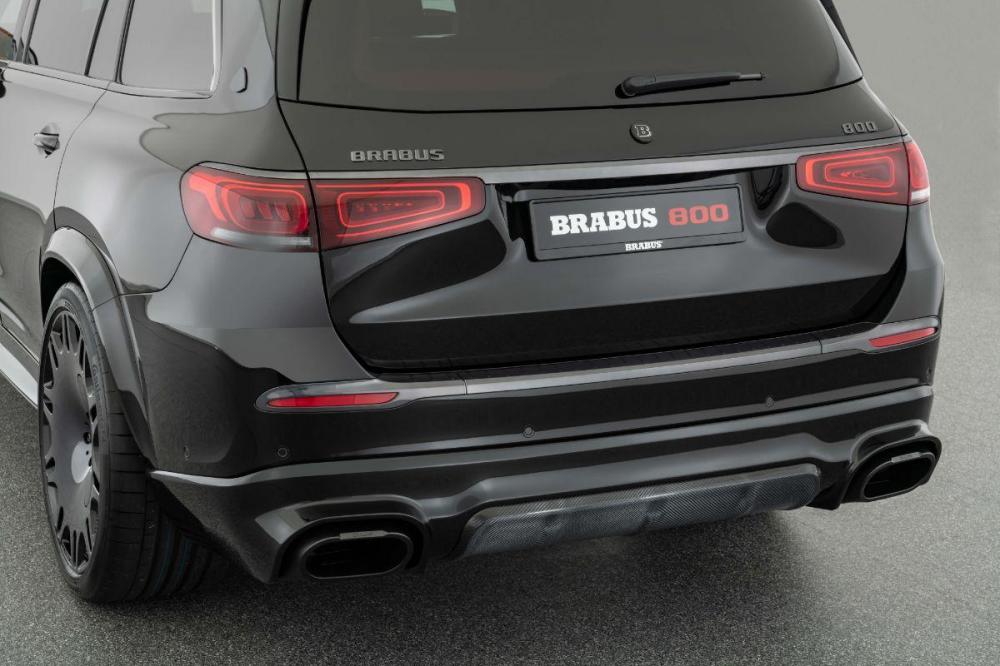 In visual terms, the darker tones of the bodywork are enhanced by the total absence of the chrome of the version it uses as a base, since all of them have been replaced by the tone. Shadow Grey, a little darker. Afterwards, Brabus engineers created a new set of carbon fiber elements, in order to improve the aerodynamics of this model, but which also manage to highlight the sportier look of this version.

In addition to all this, this Brabus 800 also has a sportier exhaust system and a very powerful sound, whose volume can be controlled by a button. To finish off the exterior modifications, Brabus “Platinum Edition” monobloc wheels were included, measuring 24 inches and also featuring a darker tone. They wear 295/35 R24 tires on the front axle and 335/30 R24 on the rear axle, which forced a new configuration of the AirMatic air suspension, leaving the bodywork on a plane about 2.5 centimeters lower.

After opening the door and watching the immediate exit of the step that helps us to access the passenger compartment, the further contrast, as the interior of this Brabus 800 is fully lined with high-quality leather and the vivid Leonis Orange tone. In the center of the seats, the touch is softer and the leather is perforated for better thermal comfort, and the leather extends over the door panels and various components of the cabin.

Those traveling in the rear also have access to lounge seats and two retractable worktables, as well as monitors in the back of the front seats. As with the exterior, all the chrome in the interior now has a darker shade of Shadow Grey, including the buttons, the controls for the windows and those for the seat adjustments.

All Maybach GLS can be converted to a Brabus 800, but there is also the option of using a GLS 63 AMG for this conversion, which can be carried out at once or divided into several stages. The response to each customer’s requests is guaranteed, since the configuration possibilities of each Brabus 800 are almost infinite.

Sandra Loyd
Sandra is the Reporter working for World Weekly News. She loves to learn about the latest news from all around the world and share it with our readers.
Previous articleNintendo Discusses How It Will Support Switch Online And Its Outlook For The Console In 2022
Next articleWindows 11: How Microsoft wants you to use Edge

Video: Circling without guaranteeing the safe distance can have these consequences…

Video: Started making tops at the service station and caused an explosion