Warner Bros science-fiction Dune will get two editions from the celebrated composer Hans Zimmer for the film’s behind-the-scenes companion book. The soundtrack will mark the first time Hans has written original music for a book. Zimmer’s second album for the film will accompany Insight Editions’ The Art and Soul of Dune written by movie’s executive producer Tanya Lapointe. The second album includes exclusive music, which will be made available to stream and download for free on the same day as the film’s October 22 release. 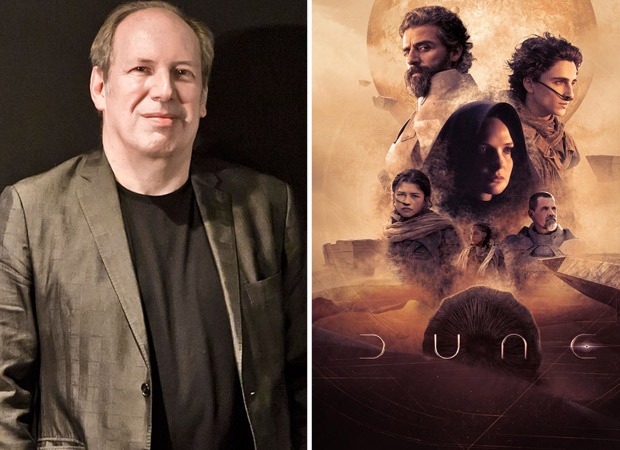 The album comes with books with extensive chapter-by-chapter look at the filmmaking process including Dune‘s environmental and creature designs, costume concepts and digital effects along with exclusive interviews with cast and crew including Denis Villeneuve, Timothée Chalamet, Rebecca Ferguson and Oscar Isaac, among others.Special limited edition of The Art and Soul of Dune will include all of the above material in addition to a selection of other exclusive material like booklet prop created for the movie of 80 pages, previously unseen art from the film as well as an exclusive companion volume titled Dune.

According to The Hollywood Reporter, Zimmer also revealed in a statement that the sound is based primarily on female voices. “Denis and I agreed that the female characters in the film drive the story,” he said. “So the score is based on mainly female voices. We developed our own language. The musicianship is extraordinary, and this is not your normal orchestral score” Zimmer added.

“We agreed that the music would need to have a spirituality to it… a sanctified quality. Something that would elevate the soul and have the effect that only sacred music can,” Villeneuve said. “Hans spent months and months creating new instruments, defining, creating, and seeking new sounds, pushing the envelope.”

Also Read: “I think all the Stray Kids are amazing” – says Ryan Reynolds to Bang Chan during Free Guy promotions

Sallie Anderson
Sallie works as the Writer at World Weekly News. She likes to write about the latest trends going on in our world and share it with our readers.
Previous articleBigg Boss OTT: Urfi Javed evicted
Next articleBiden: My decision is correct.. We got out of Afghanistan at the right time