Fifth generation Range Rover is even more refined and modern

After a few days of small samples on social media, here Finally, the first official images of the fifth generation of the Range Rover are left. One of the most enigmatic and well-known models on the planet has already had more than 50 years of adventures, and the most recent versions have taken him to a more luxurious and distinguished level.

The general features and some of the details that we identified in each of the Range Rovers are now more modern and with a more refined style. At the front and rear, the lighting systems take on much more sophisticated contours, especially at the back, where changes are more evident. 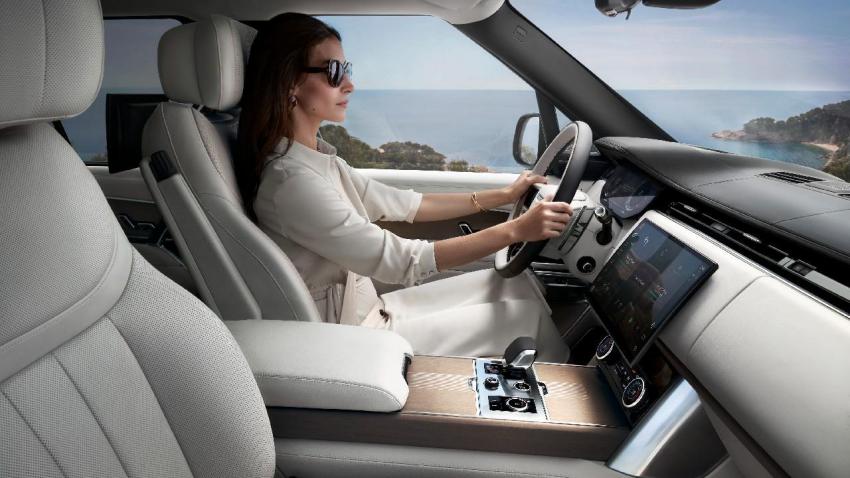 On board, the environment is also more refined and technological, and there was great concern for the image and all the details seem to gain even more prominence through new materials and tones. In the driver’s seat, the new steering wheel is the first to be discovered, with tactile controls, but behind it is the large, fully digital instrument panel.

Even in the center of the dashboard, the touchscreen seems to float and there are only slightly more traditional operating controls for the air conditioning system, with specific filters for the cabin, capable of protecting the Range Rover’s interior from outside visitors such as those who make us wear a mask on the current day or from unwanted odors. Through the main monitor, however, we can also adjust the settings of the 1,600 watt sound system developed by Meridian for this model, or the voice controls that wake up Amazon’s Alexa virtual assistant.

There at the rear comfort can be even higher, depending on the version and rear seat configurations, which can now be five if we opt for the longer body. But to ensure that the silence on board is really perfect, the vast majority of external noise and mechanical components are eliminated through a noise canceling system that emits frequencies contrary to the most unwanted sounds, preventing them from reaching the cabin.

Although the image is more focused on luxury and refinement, the dynamic performance of the new Range Rover continues to allow this model to explore some of the most inhospitable places on the planet, with the help of the six modes Terrain Response 2 driving system, intelligent all-wheel drive system and rear differential lock, but also new technologies for this model such as the four-wheel directional system.

The range of engines of the new Range Rover now has plug-in hybrid versions, capable of travel about 100 kilometers in pure electrical mode. rich. But the diesel-powered versions are not forgotten yet, not even a gasoline V8 with 530 horsepower. In the case of the diesel that the brand is betting on for our market, it is a three-liter engine with six cylinders, with powers that can reach 350 horsepower and which also includes a mild-hybrid 48V system.

In addition to all this and for those who have already embraced the new world of electrification in full, the new Range Rover also holds a surprise, but it will only reach the market in the year 2024. is the first Range Rover in history to be powered exclusively by electricity, but of which there is still no great information.

For now, we can just configure the most desired look for this model on the official website of the brand, and the entry price is already above 165 thousand euros. Orders start in early 2022.

Sandra Loyd
Sandra is the Reporter working for World Weekly News. She loves to learn about the latest news from all around the world and share it with our readers.
Previous articleVilkoits voted among MHL star game coaches
Next articleNintendo would be open to using more franchises to make movies or series

Video: Anyone who already misses Rossi can remember his debut in the 125cc class…